We are well known for the adverse effects of the coronavirus pandemics that have the globe. The COVID-19 epidemic, which intensified in mid-March, has derailed the academic calendar with institutes scrambling to conduct classes and end-semester examinations on time. Youths are the pillar of the nation & risking their life means creating obstacles in the growth of the country, hence the schools & colleges are not reopened yet. But education & the processes of teaching cannot be stopped. Hence all the countries most of the schools & colleges have started online teaching. Hence IIT Bombay also decides to go the decision of online classes/schooling. Check the latest updates about online teaching.

IIT Bombay now joins the Punjab Engineering College Chandigarh, or PECC, which was the first institute in the country to announce that an entire semester will be taught online. The Indian Institute of Technology (IIT) Bombay has decided to conduct classes for the next semester entirely online, Director Subhasis Chaudhuri announced on Wednesday. He also added, “ After a long deliberation in the Senate, we have decided that the next semester will be run purely in the online mode so that there is no compromise on the safety and well being of the students. The COVID pandemic has made us rethink the way we impart education to our students, IIT-Bombay Director Subhasis Chaudhuri said in a statement to the media.” He said the institution had been made to rethink the way education was imparted to students, due to the coronavirus pandemic.
Most IITs are not conducting face to face classes. They have decided to deliver online lectures for the entire the whole semester. IIT BOMBAY is not going to conduct physical classes for the whole of the semester. The institute has also clarified that they won’t pose any risk to the student’s life & thinks it would be a better decision to postpone the reopening of the campus.

After long deliberation, the decision had been taken to not compromise with the safety & well being of students as well as teaching & non-teaching staff. Next semester will be purely running on online mode. In the past 62 years of history, for the first time, the academic year would run with no students on the campus. IIT Bombay has declared that all the theory part will be conducted online & practicals will be conducted once the students join the college after December.

Many of the students all over the country have got their admissions into IIT BOMBAY through scholarships. Most of the students studying there belong to economically backward classes. These students are facing the problems of buying the tools required for online coaching, hence IIT Bombay has appealed for donations from the general public to help to provide the required infrastructure for such students.

Mr. Choudhari said, “we do not want a single student to miss out on the learning experience for the lack of money. We have estimated that we need about Rs 5 crores to help those needy students. Our alumni have committed a good amount of support, but that is not enough for all these needy students and I solicit through this message your donations, however small it may be.”

Now two more IITs, IIT Delhi and IIT Madras have joined Bombay. Like the IIT BOMBAY, these institutions also won’t conduct physical classes for the whole of the semester. IIT DELHI has declared not to reopen the campus until December. However, the institute has not made any official announcement yet. The director of the institute Ramgopal Rao said, “We do not have a choice this year. We will follow the sub committee’s report, which recommends online mode to conduct classes for the upcoming semester.” The institute would offer all their programs only via online mode.

IITs are likely to follow the announcements for the autumn semester that runs from July to December. The institute will take the final decision after the IIT Council meeting, which will be held this week, wherein other IITs will decide their plans for the upcoming academic year. As the Ph.D. students only come to colleges if they have practicals. They are thinking that freshers would be able to join the college only after the month of December.

One of the best decisions are been taken by the government & educational institutions. The safety & wellness of the students & staff is very essential. This decision of online coaching will better help the students in continuing their education even this pandemic situation. Hope for the best, so that the students would be able to rejoin their campus, as practical studies are also important, as they help in a better understanding of the subject.
All the best students. Stay Home, Be Safe. 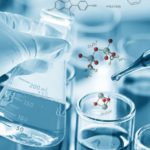 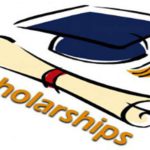 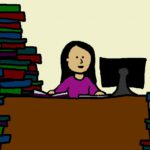