Asian Business School is an innovative centre of academic excellence approved by AICTE and is one of the colleges for PGDM/ MBA in India. The flagship PGDM degree program offered here is accredited by the National Board of accreditation (NBA) and granted equivalence to the MBA Degree of an Indian University by the Association of Indian Universities (AIU). ABS has international tie-ups with renowned international institutions of higher learning like Oxford Business College, U.K. which are partnering with ABS in providing globally recognized management education. 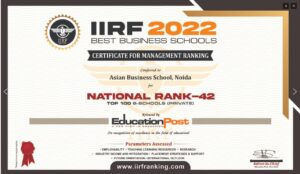 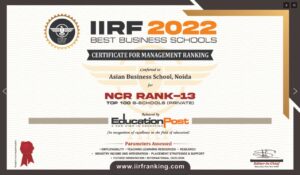 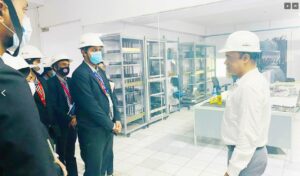 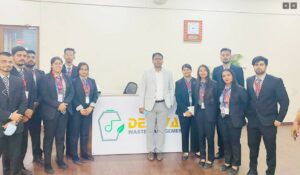 Sports:
The students who are the recipients of prizes/ ranks/medals or have participated in any sport or game at state, national, or international level are awarded the amount of Rs. 10,000 as a fee concession for the first academic year only.

Merit-Cum-Means Scholarship:
Scholarships are also available for economically weak or differently abled students, on a case-to-case basis depending on their performance in the qualifying examination.

A Loyalty Award, including a waiver of the registration fee for the PG Program at ABS, is available for students graduating from ASB.

Dr. Lalitya Vir Srivastava, Director- AEG is a healthy blend of academics & industry with rich mix of experience of more than 21 years in national & multinational organizations at various managerial levels. He has completed his MBA (Marketing), PGDBA (Foreign Trade & HR), PGDIRPM and Doctorate in management from renowned institutions. He has contributed in the field of research on emerging issues of management and industry, which have been adjudged the best in national and international conferences. He has conducted many corporate training programs, workshops for faculty development, skill enhancement programs for the sales professionals in industry and product training for members of FOGSI (Federation of Obstetric and Gynecological Societies of India). During his corporate tenure, he developed the strategy for major brands he worked for. His knowledge & professional skills are reflected in his innovative teaching methodology that connects the classroom learning with the real corporate applications.
Dr. Sunita Verma is currently working as Associate Professor and Dean – Student Welfare in Asian Business School. She has done her doctoral research in the area of Employee Engagement from the School of Business and Management, Jaipur National University, Jaipur. Her research was on Analysing Antecedents and Consequences of Employee Engagement in Organized Retail Segment. She is a Post Graduate in HR and Marketing and UGC- NET qualified in Labour Welfare and Industrial Relations. She is also a degree holder in Commercial Secretarial Practice from Commercial Secretarial Institute, Delhi. Dr. Verma has an experience of more than 12 years in corporate and academics. Before joining ABS she was associated with BSchools and management institutes imparting valuable knowledge towards overall growth of the students as well as the organization. On the corporate front, she was associated with MPS, Vodafone, Tata Indicom and Cottage Emporium (a government undertaking).
Mr. Madhur Oza is an Assistant Professor in the Faculty of Management at ABS. He has a Post-graduate Diploma in Management from IMT Ghaziabad, and has obtained the NET certification for the discipline. Going forward, he wishes to make contributions to the field of economics by engaging in research on sustainable and equitable development.Prior to joining ABS, he was involved in training students for higher education entrance tests such as CAT, GRE, GMAT, and conducting communication skills workshops for corporate clients. Previously, he has worked in the field of financial operations, co-founded a content writing startup and been a restaurateur.
Dr. Maroof Ahmad Mir is currently working as Associate Professor in the area of Finance and Accounts. He has done his Ph.D. in the area of Finance from Aligarh Muslim University and has qualified UGC-NET in Management. He has completed his Master of Business Administration in Finance and Accounts from AMU, Aligarh. He has an overall experience of around 13 years and his areas of interest include Portfolio Management and Financial Management. Dr. Maroof is the recipient of ‘Best Researcher Award’ at ABV – Indian Institute of Information Technology and Management, Gwalior in June 2013. He has taken courses on Econometric Modeling in Finance at IIT Kharagpur, IIM Calcutta, IIIT Gwalior, IMT Ghaziabad and National Institute of Securities Markets (NISM), SEBI. He has also attended various conferences and workshops at institutes of repute. His research work has been accepted for presentation at various reputed organizations like IIM Ahmedabad, IIT Kanpur, IBS Hyderabad, etc 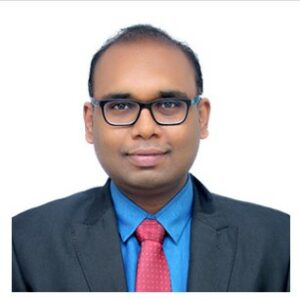 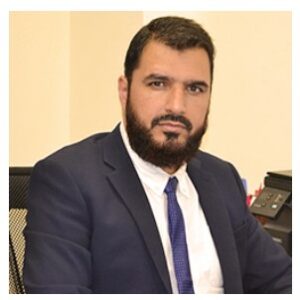 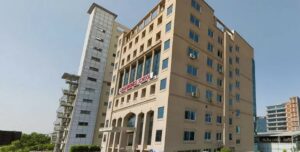 ABS hostel is situated at a short distance from the institute. There are separate buildings for Boys and Girls hostel. We believe and ensure hygienic living conditions with modern amenities for healthcare and recreation. Our hostel is equipped with wellness and home theatre facilities like television sets, video players, indoor games, internet access. It is virtually a home away from home.
The ABS Hostel aims to provide facilities for the welfare and security of students, to maintain a healthy and congenial hostel atmosphere, to promote good personal relationships and to enjoy community living. School Hosts Young Asian Entrepreneur Of The Year 2022; Prepares For Young Asian Entrepreneurial Challenge 2022
March 31, 2022:With the goal of instilling an entrepreneurial mindset in ABS students, the Entrepreneurship Development and Incubation Centre (EDIC) is hosting Young Asian Entrepreneur of the Year 2022, in which students from the PGDM 2020-22 batch will compete for a seed funding of INR 5 lakh for their start-up venture.
In addition to this, the school is also preparing to conduct Young Asian Entrepreneurial Challenge 2022 for the third consecutive year. During the 2021 competition, students of the 2021-23 batch participated and showcased creative ideas and proposals with the goal of instilling an entrepreneurial mindset. The aim of the challenge was to make students employment providers rather than job seekers in the near future. The event began with 100 students working hard to come up with company concepts.
The Grand Finale was judged by Pritika Mehta, Founder of SockSoho and a role model for businesses. Arun Das (PGDM 2021-23 batch) won the Challenge and received a Macbook as well as a direct entrance into the Top Five of the Annual Seed Funding Contest, Young Asian Entrepreneur of the Year, where he had the opportunity to win INR 5 Lakh as seed funding for his start-up firm.
President AEG Dr Sandeep Marwah Recieves India Brilliance Leadership Award
January 16, 2020: Director of Asian Academy of Film & Television & ABS - Asian Business School of Media Studies and President of Asian Education Group (AEG) Sandeep Marwah was honored for his strategic leadership qualities. He has been awarded with Indian Leadership Award 2019. Nominated as chief scout for India by over five million members, he has been instrumental in his duties. Sandeep is also the founder of Noida Film City and has trained over 20,000 media professionals across 145 countries in the world.