It is nearly half a century now since the late Sir Padampat Singhania, the visionary founder of the JK Organization, dreamt of an empowered Indian populace, through whom India would take its place as an equal in the comity of nations. According to him, empowerment presupposes education and knowledge. That then became the cornerstone of the organization's philosophy for discharging its social responsibility and the JK Cement Ltd. Nimbahera Foundation (JKCNF) was born. Over time, involvement in education became stronger and deeper.

Today, two decades later, it is associated with twelve educational institutions imparting education to nearly 14,000 students at various levels of the learning curve. The JK Cement Ltd. and Nimbahera Foundation envisioned the establishment of a world-class university in Rajasthan benchmarked to international educational institutions. The Foundation constituted a think tank of eminent people from the industry, science and technology, and academia who prepared the blueprint of the university. The University is committed to academic excellence, entrepreneurial spirit, diversity, vibrancy, and creativity.

Sir Padampat Singhania University, Udaipur strives to provide students with academic support to its fullest extent, despite any limitations. The university is uncompromising when it comes to providing quality education at any cost, making it stand apart from other universities of its kind. This includes taking into consideration any economic constraints faced by students and their families. Thus, SPSU has a very efficient and dedicated scholarship program that provides financial assistance to those students that find themselves incapable of paying the tuition fee in full. The university provides special scholarships to outstanding past achievers for the full duration of the course at SPSU (B.Tech, BBA, M.Tech or MBA). Awarding of scholarships is contingent on verification of signed certificates from school principals (or relevant authorities). Students must have >=50% in X and XII to be eligible for any scholarship.

Based on Class Xth, XIIth

Based on the performance in common entrance tests Fill this form if you have any query regarding hostel 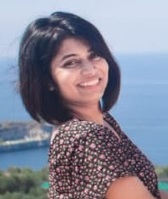