Indian Armed Forces for both men and women The Indian Army is the second-largest standing army in the world and also one of the most empowered forces. To serve the country by joining the land army, the Indian Armed Forces’ largest military branch is a dream work for many civilians. After finishing 10 + 2, there are two ways to join the army. Here’s what you need to remember.

Eligibility is limited only to men aged 16 and a half to 19 years.

Students are required to clear the UPSC NDA Exam. Qualifiers are requested for an interview with the SSB (Service Selection Board), after which they are chosen for NDA training.

Applicants that must have completed 10 + 2.

The NDA test is performed in all major cities of India twice a year by the UPSC. Around March-April and Exam-1, NDA Exam-2 is arranged between August-September.

After clearing NDA, the candidates who clear the NDA examination and SSB interview get three years of NDA joint training in Khadakwasla in the Pune district.

After three years in the NDA, cadets in the Indian Armed Forces are sent to Dehradun’s Indian Military Academy (IMA) for one year’s training before commissioning.

Via TES course students can also join the army. For the 10 + 2 TES (technical entry scheme) course, those who have taken the 10 + 2 test with a minimum of 70% in physics, chemistry, and mathematics will be eligible.

The candidate’s selection process is based on the cut-off of the Directorate of Recruitment decided.

TES entry forms are available twice a year. TES Entry offers a 4-year B.E. in various disciplines, following which candidates receive the Lieutenant Standing Committee in the army. The 90 vacancies TES Entry is held twice a year (variable according to training capacity). The TES-1 applications open between November and December and the TES-2 applications between May and June.

After selected in TES, for the SSB interview, TES candidates are requested in Bhopal, Bengaluru, Allahabad, and Punjab in one of its selection centers. The SSB interview lasts 5 days; applicants must undergo psychological assessments, team assessments, and an interview. It will take place in two phases and the qualifier will be chosen for pre-committed preparation (depending on the number of vacancies).

The pre-commission training course consists of 2 phases: the Officers Training Academy, one year and the Military College, and the Electronics and Mechanical Engineering Military College, three years (Telangana’s Secunderabad). They were commissioned and awarded the title of lieutenant after four years in the Indian Army. The CME Pune / MCTE Mhow / MCEME Secunderabad will receive a one-year post-commission training.

How can women join the Indian Army

It is a matter of honor and pride for any citizen to serve your country by joining the Army, and in 1992 the Indian Army made an important decision to lead women to the military leadership of different arms and services or of the army. Since then, many paths have opened to women who are willing to be part of the Indian Army.

Officials of females are inducted into the Indian army through Non-Technical (Shot Service) Scheme. Under this program, women applicants who wish to become part of the Indian Army are expected to be investigated by the Combined Defense test.

A Short Service Commission (Technical) Scheme may apply to women who want to join the Indian Army under the Technical Division. Two times a year, in June / July and December / January, the General Directorate notifies this scheme directly.

The NCC women’s entry scheme for NCC women can be inducted into the Indian Army. The Directorate General Hiring shall be informed twice a year, in June and in December, of vacancies under this scheme.

The Indian Army is the second biggest and most fortunate military in the world. To serve the people by the membership of the land-based Army – the Indian Armed Forces’ largest military division – is a dream work for many. After completing 10 + 2 there are two options to join the Army. Here is everything that you need to remember. This article also deals with the topics of how can women join the Indian Armed Forces because respect for their motherland is not only limited to males.

How to manage everything in college 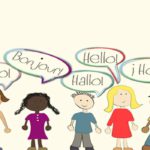 A Glimpse into Bilingual Language Education