First, talking of the ISC curriculum, it’s a two-year program for students of class 11th and class 12th. This ISC curriculum is a part of the CISCE (Council for the Indian School Certificate) curriculum which has a division of two boards, namely ICSE and ISC. The curriculum mostly has three stream divisions: science, commerce, and humanities. The students are given the liberty to choose their own stream; however, a part of it is authorized on the previous year’s marks. Projects are considered an important part of the curriculum and are authorized scores for the same. This is believed to build comprehensive and creative skills and also to prepare themselves for further conceptual management. Next, talking of the CBSE curriculum, this board covers the range of both public and private schools in India as it is controlled by the Union Government of the country. The CBSE curriculum follows a grading system for the classes of 10th and 12th, along with the marks obtained which reflects the performance status of the students. According to the latest changes for the 2020 exams, this board is supposed to conduct two separate examinations in class 10 boards. Students who intend to prefer the latter have the option to not continue with the subject any further. CBSE based schools are affiliated to follow the NCRT curriculum only.

In the 2019 examinations, which board did better?

If we look at the number of students, there is a considerably lesser number of students in the CISCE curriculum as compared to the CBSE curriculum. As of the 2019 examinations, 1,96,271 students appeared for the ICSE (class 10) exam and 86,713 students appeared for the ISC (class 12th) exams. On the contrary, 31 lakh students appeared in total for the CBSE exams (class 10th and class 12th). The ISC exam was held in 14 Indian, 6 foreign, and 1 classical language. Whereas, the CBSE exams were conducted in English, Hindi, and the state languages as per the students appearing from the respective State. The passing criteria for ISC exams have been 40-35 percent and for CBSE it is 35-33 percent for both class 10th and class 12th exams. In the previous year’s exams, 96% of students have passed in ISC while in CBSE class 12th exams approximately 83% of students have passed.

ISC or CBSE- which is tough?

A strong prevalent debate has been happening since time immemorial on the preferences of students when it comes to the boards. But some times it gets evident that the issue lies in the choice of streams and not really the board. Thus, it is in the hands of the students to make the right choices and contemplating before carrying forward with their preferences. It is seen, more students are likely to pursue Humanities from an ISC curriculum as it provides the necessary details to prepare for their exams. Also English becomes an important component no matter where you go, thus the extensive syllabus for English actually helps the students. For commerce, both CBSE and ISC are equally good. However, when it comes to science, the CBSE board tends to prepare it’s students for AIEEE, engineering exams, and other competitive exams and actually stands out. There is nothing called a ‘tough’ board, it is a matter of preferences.

The interlink between the two curriculum

In light of the changing times and needs of the aspiring students, the ISC curriculum has been remodeled and made in a way to match that of CBSE. It’s been quite some time since it has come to the highlights that many students shift from the CISCE board to the CBSE board after giving their class 10th board examinations. It appears that students find the CBSE curriculum more appealing to prepare for their future competitive exams. Even though both the boards have been following the same regiment of physics, chemistry, and biology in their science stream, there were a few differences earlier that were cleared out in the realignment. Like for
example, earlier in the CBSE regime there were fewer topics in class 12th as compared to that of class 11th. This was done to prepare the students for the entrance exams after class 12th. On the other hand, in the ISC curriculum, there were more topics in class 12th to lighten the load on them before they prepare for their final year in school. But now the ISC science and mathematics syllabus has been brought in par with that of the CBSE curriculum. Not only the syllabus, but the questions are also being remodeled the same way and NCERT is supposed to be affiliated to both the boards. In today’s time, no curriculum is considered inferior to the other. There is a distinguished equilibrium bought between the two. With wrong perceptions, it just gets harder on the part of the students to make the right choices and none of the curriculums intends to do so.

Simple Ideas for Harnessing Creativity in the Classroom Depressed over low marks in 10th! What’s next? 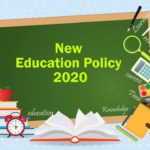 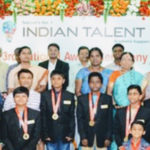