Founded by leading academicians and professionals, we are a young, research-focussed, philanthropic university with the vision to be a Top 200 global university. Established in 2009, this dynamic and innovation-led centre of learning has made giant strides towards delivering this vision. It has consistently been ranked among India’s top universities as per MHRD NIRF, is one of India’s highest generators of patents and innovation and matches the world’s best universities in research output.

-  Ranked among top 300 Universities in Asia by QS Asian Rankings. 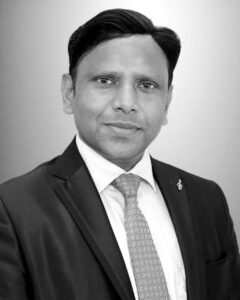 The University has not released the average package during placements 2022. Candidates can refer to the median package offered as per the NIRF Report 2022:

The course-wise median salary trends witnessed in the last three years during Shoolini University MBA placements are presented in the table below:

The Board is an independent organisation that operates under the direction of the Department of Science and Technology of the Government of India. Its main function is to accredit the nation's clinical laboratories for testing and calibration.

With this licence, all food products made for commercial use in Himachal Pradesh may now be tested and certified at the well-equipped, cutting-edge facility of Shoolini Life Sciences Pvt Ltd. Testing of drinking water, the presence of heavy metals, and food and agricultural products are also included. Every business that sells food or food products must obtain a certification from a lab that has been accredited by the NABL. The lab is furnished with ICP-OES, GC-MS-MS, UHPLC, DLS, AFM, and FE-SEM, three of the most advanced pieces of equipment available. These tools are crucial for a variety of research projects as well as for ensuring the quality and safety of foods and other products.

Food and water are the most essential elements for our survival, according to Mr. Vishal Anand, founder and provost of Shoolini University. The standard of food provided to a state's residents affects a number of health indicators and genuinely defines life quality. According to him, the permission is another milestone in the aim to improve life and lifestyle in Himachal Pradesh.

According to Dr. Dinesh Kumar, Head, School of Bioengineering and Food Technology, such tests were carried out through authorised laboratories in Punjab, Haryana, and Delhi because Himachal Pradesh has not yet developed such a facility.

December 16, 2022: A campaign to promote energy conservation in Shoolini Township is being run online by the Center of Excellence in Energy Science and Technology at Shoolini University from December 14 to December 20.

The Bureau of Energy Efficiency (BEE) Ministry of Power celebrates National Energy Conservation Day on December 14 in an effort to promote energy conservation, lessen the effects of climate change, and raise awareness.

All academics, students, staff, and residents of Shoolini University were given the vow to adhere to energy conservation and environmental protection measures by Prof. P.K. Khosla, the university's chancellor.

The campaign's goals, according to Prof. SS Chandel, Director of the Center of Excellence in Energy Science and Technology, are to increase the use of renewable energy sources, use smart auto-cut sensors, regularly monitor energy conservation measures on campus, and make efficient use of nighttime lighting by turning off some lights.

December 08, 2022: The Department of Botany of Panjab University in Chandigarh presented Prof. P. K. Khosla, founder and chancellor of Shoolini University, with the Shiv Ram Kashyap Oration Award in recognition of his lifetime contributions.

The honour was established in Prof. Shiv Ram Kashyap's honour, who served as the first professor of botany at Panjab University's Honours School of Botany.

Upon arrival at the Shiv Ram Kashyap Oration Award event, where Dean University Instructions Prof. Renu Vig was the Chief Guest, Prof. Promila Pathak, Chairperson, Department of Botany, welcomed the attendees. She was grateful for the Department's efforts in putting on these programmes.

Prof. P.K. Khosla gave a summary of the topic and did a great job of combining plant science and sustainability in the context of Himalayan life. He emphasised the value of forests as one of the essential conditions for a stable future. Additionally, he exhorted the students to work diligently, to turn in high-caliber work, and to contribute to publications in global forums.

November 21, 2022: The Shoolini Institute of Life Sciences and Business Management's postgraduate students were given a guest lecture by the department of botany (SILB). Professor J.M. Julka, the director of planning at Shoolini University, spoke as the guest speaker.
Prof. Julka made substantial contributions to the domains of soil biology, biomonitoring, aquatic ecology, evolution and biogeography, and animal taxonomy. He has published a great deal of research and review articles in esteemed international journals and has gone to a great deal of national and international conferences. International Codes of Botanical and Zoological Nomenclature and the Concept of Type Specimens were the topic of Prof. Julka's talk. He urged pupils to continue their studies in taxonomy. Prof. Julka took part in a discussion with the students as well. The SILB's director, Dr Shalini Sharma, and president, Saroj Khosla, honoured the guest speaker. The session was attended by the department's head, Dr Mamta Singh Pathania, as well as Drs. Kranti and Arti Thakur and students from the department of botany.

November 11, 2022: At Shoolini University, a two-day international symposium on reformist approaches to human rights came to a triumphant conclusion on Friday. Lenin Raghuvanshi, the founder and CEO of the People Vigilance Committee on Human Rights, served as the chief guest on the final day (PVCHR).

Raghuvanshi stated in his speech that "reform is science, reality, and art." He went into greater detail on Adi Shankaracharya's philosophy and Vedic reformation techniques.

On the topic of the "Framework of the Criminal Justice System," a panel discussion was held. The panel discussion was led by Renu Sood, an associate professor in the school of legal sciences at Shoolini University. Anthony Raju, a panellist, spoke about the death penalty and judicial accountability. The criminal justice system was another topic he covered.

The School of Journalism and New Media Director, Vipin Pubby, lectured about media trials, media overreporting, and the function of electronic media. He continued, "Media cannot and should not operate irresponsibly." Gitanjali Thapar, an assistant professor and panellist, said: "If we want to carry out the changes, sensitising the youth is more crucial."

Research papers were delivered by academics from the university and from other organisations. Nandan Sharma, the conference's organiser, provided a rundown of events.

After a two-year hiatus brought on by the COVID pandemic, the competition was once again staged on campus. Poonam Nanda, the Dean of Students' Welfare at Shoolini University, officially opened the event.

The annual interdepartmental competition, or Manchtantra, is one of the most eagerly anticipated events at Shoolini University. It is observed annually with utmost zeal and excitement.

‘The World’ Ranks Shoolini University As No. 1 Private University in India

October 12, 2022: In the prestigious Times Higher Education (THE) World University Rankings for 2023, Himachal Pradesh-based Shoolini University has been ranked as India's top private university, writing history by creating exceptional worldwide standards in research, academic performance, and knowledge transfer. Furthermore, according to THE Rankings on Citations, a measure of the calibre of research, the university is placed 351-400 globally and 39th in the entire world.

Innovative and research-focused Shoolini University was established in 2009 and has since become one of India's finest multidisciplinary universities, consistently placing highly in both national and international rankings.

In THE-2023, it was ranked in the 351-400 range globally, only being surpassed by the Indian Institute of Science. Along with JSS Academy of Higher Education and Research, Bengaluru, a deemed institution, the university is included in the group.

THE World University Rankings, which are based on a thorough and rigorous evaluation process, are thought to be the biggest and most reputable rankings in the world. They serve as a valuable tool for international students and universities by assisting them in selecting the best candidates and institutions of higher learning.

Shoolini University has established more than 250 partnerships with reputable foreign universities in South Korea, the UK, Canada, Australia, Taiwan, and the USA as a decisive move in this direction. Through their exposure to other countries, these partnerships with leading universities throughout the world help the school's teachers and students stay at the forefront of cutting-edge technology. Notably, the university collaborates on over 70% of its research with other universities throughout the world, and 38.9% of its publications are in the top 10% of journals worldwide.

Shoolini University has become a leader in research in a variety of key areas, from sustainability and renewable energy to biomolecules and applications of artificial intelligence. The university is renowned for its innovative research and teaching techniques. Shoolini University is ranked second globally for SDG 7 (clean energy) and sixth globally for SDG 16, according to THE Impact rankings, which evaluate the contribution that institutions make to achieving the UN's sustainability objectives (clean water).