Movies are a beautiful way of illustrating different aspects of life. They sometimes entertain us while some leave a deep impact and can act as a source of motivation. We all at least have one movie which no matter how many times have we watched it; still we love to watch it because it has that emotional trigger for our motivation. In this light hearted article, we will talk about few such movies which law aspirants would love to watch or have watched a dozen of times. These movies have managed to render the intricate details of law and jurisprudence on the big screen in the most enjoyable manner.

It is a fact that any movie in which Amitabh bachchan acts in, the movie is destined to leave a mark at the box office. This movie particularly has set the bench mark. A film about how a struggling lawyer manages to glue together all the pieces of evidences, it certainly leaves us all admiring the judiciary process. The knowledge and the persistence of the character played by sir Amitabh Bachchan can be an inspiration to many lawyer students which they deem to become in their future career life.

No one killed Jessica

In the court of law, it is the work of lawyers to make the evidence appear in the most unaltered form. But this movie shows how exactly can the evidence be modified and changed to play in favor of the accused. This movie is not as much as about law as much it is about bringing the truth to the surface. The acting of great Vidya Balan just acts a strong and astringent flavor to the film. It certainly can impress the audience, more over it has the potential to make the law school aspirants work harder to disclose the truth.

With Arshad Warsi and Boman Irani in the lead roles, the movie cannot go wrong. This movie revolves around the life of a struggling lawyer, who takes a case to fight against the discrimination between rich and poor society. He tries to address the idea of corruption in the courtroom. The viewers are bound to be under the spell of his acting. None the less, the movie tries to explain the ups and downs of being a struggling lawyer under the best light. If you have not watched, you should certainly add this in your list.

Aishwarya rai bachchan made her comeback with this movie after a gap of plenty of years. In this movie, she eloquently plays the role of the defensive lawyer. What will you do if you are forced to do things when your family members are at a gun point? This particular movie brings a lot of nerve chilling movement. The movie should be watched as it tries to understand the dilemma lawyers face in their career life. Not only does it displays the flaws in our system, it also renders the exploitation of the common people using activities like abduction and all.

A movie of recent time, it tries to express the role of gender in the delivery of justice. Due to the alarming cases of sexual offences conducted in India, there has been the need to make the punishment for the accused more strict. But, can this be used in the wrong way? Can the accused be innocent? Is the victim the accused? This movie leaves no stone unturned in order to explain the different sides of the same coin. This movie has a thought provoking effect on its audience and should be watched by all the law aspirants to understand the minute possibility of the victim playing the role of the offender.

This movie released in 2004 has a very elegant star cast consisting of Akshay kumar , Priyanka Chopra and Kareena Kapoor. The movie tells the story about Akshay Kumar as he is falsely accused of molesting Priyanka Chopra and is convicted for the same. Later, his wife, Kareena Kapoor tries her best to become Akshay’s lawyer and fight the case back. This movie displays some of the most intelligent ways a lawyer gathers their evidence to defend their client. However, this movie has adult rating and only watch if the age qualifies.

Akshay Kumar is one of the most brilliant actor in the India movie industry. This is just another masterpiece of his impeccable acting. In this movie, he becomes his own lawyer and defends the charges pressed against him. The movie script has some of the most perfectly written scenes. definitely see this movie if you have not seen this movie. If nothing, the brilliancy of Akshay Kumar is certainly a must watch in this movie.
We at CareerGuide.com can understand that studying can be exhausting and hence we hope that this list of movies will lift off that stress of our dear law aspirants but will also keep you motivated. 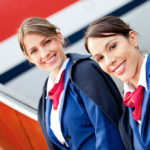 8 steps to your career as an Airhostess after 12th 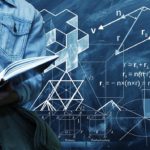 8 factors on how to choose a College/University after 12th 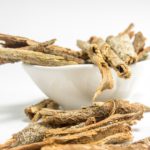 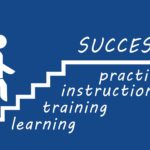