In this article, we will discuss some career options in Computer Science after class 12th, 8 CAREER OPTIONS IN COMPUTER SCIENCE AFTER CLASS 12TH. In the present digital era, the scope of computer science has increased profoundly. Computer Science is the core of all the technological developments and aspects happening all round the world. This field is gaining ground at a rapid pace not only in a particular country like India but worldwide. There is no limit to your interests and specializations in this field as it is the most demanding career presently and will require a large number of professionals in the near future. To pursue computer science as your majors, or in other words, to a degree level, is indeed a good option for those who want a career in computer science after their class 12th. So below, we will be discussing some of the most rising as well as demanding career options that one can pursue under the computer science umbrella after class 12th.

There is a huge demand for software engineers worldwide as the demand for software developers, or we can say software engineers, is increasing day by day. There is a constant hiring requirement in most of the companies since every established company, regardless of the sector and status, needs to maintain their apps, websites as well as accounts. A lot of people subscribe to websites and apps on a daily basis. Each company or institution requires a software engineer. Since the demand is high and the desirable candidates are more, there is a handsome package under this career line.

There is no downfall to technology and so, does not to the programmers. Giving an equal competition, on the demand list, to the software developers, programming is gaining the second part of the ground at a fast pace. The employment rate of computer programmers is very high as encryptions and decryptions are a part of every organization. The programming job is categorized under the ‘white-collar’ profession. Under the IT sector, if we talk specifically, there is a huge demand for the programmers as the language skills are demanded. There is no foundation for you to get specialized in as many coding languages as possible.

Computer Science Engineer, in short, known as CS Engineer, is another popular field among the industries. From the day the technology established its base, the CS Engineers arrived. Those who want to pursue computer science after class 12th can go for this field. Computer Science provides you with a lot of opportunities under different sectors, or fields. This field is for those who are interested in the IT sector and have a love for technology as well as its aspects. CS Engineering holds some of the highest paying and highest-ranking jobs worldwide where your salary ranges from per hour to per month.

Technology management is a skill that holds a solid knowledge of technological projects and other management activities. They are responsible for the task of managing the projects and alternations in the field they work for. This field helps you gain a sound knowledge of the skills and technical aspects of various parts and sectors. The main reason behind this is to ensure that an effective method is to adopt for a certain situation and case which will help the industry to gain the best from those methods and strategies that may or may not be out of the box.

The computer analysts are like managers at a high level who are responsible for the work provided to the IT managers and the programmers. They deal with the structure and framework of the computer systems and help them to build as well as develop the new and existing frameworks of institutions. There is a huge demand for Computer Analysts under the umbrella of large organizations that require such computer analysts who can manage and look after the technical problems occurring in their organizations. The basic requirements which are demanded and expected by organizations are problem-solving and handling bulk data skills. So, in other words, if you are looking for careers in computer science after your class 12th, you must have or must develop critical and analytical thinking skills in yourself to get qualified for this job.

The data scientist is a rising job which helps you not only in professional but also in the personal growth of yourself. It is a kind of gateway between the organizations and the technology and is responsible for handling the data of the organizations. Students who are looking for a career in the Computer Science field must have problem-solving skills and an optimistic attitude towards their work.

Those who have passion in the IT field and want to earn a good salary package can go for this field. Being in demand, web developers are required at every level under the umbrella of organizations. Web developers are expected to have knowledge of programming languages as well as graphic designing as the technology and digitalization is taking place very rapidly.

Networking Engineering is a vast stream in itself where you can specialize in any category that suits and interests you. From education to Entertainment, network engineers are required to handle the technicalities and use the extensive skills of problem-solving and researching. 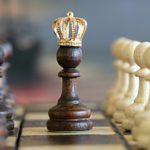 8 Unconventional career choices you can make after 12th 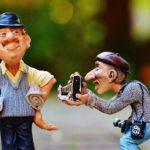 7 tips for career in journalism after 12th