Scope of diploma in 3d animation after 10th In this article, we will discuss some of the tips on ‘diploma in 3D animation after class 10th. 8 TIPS ON A DIPLOMA IN 3D ANIMATION AFTER CLASS 10th.Three Dimensional Animation, also known as 3D animation, is one of the most popular fields which is gaining ground all over the world. From making cartoons to making buildings, the role of animation is endless. There are no boundaries for an animator to go with. This popular art form has a huge ground worldwide. If we look into the particulars, like its popularity in India, we will notice that there is a huge demand but lack of supply. In other words, there is a lot of demand for the animators but very few people are there who opt for this course and look forward to pursuing their career in this field. Most of the students are tied up in the trap of society that the Science stream is the only arena where there are a lot of opportunities. However, this is not the case. There are certain courses where there is no age bar and the young individuals are showing their talent as they receive a huge amount from their work. So, let us look at some of the areas where there is a huge demand for the animation course.

are all the masterpieces of animation. This is a rising and highly demanded field which is easy to get into if you do a diploma in this field after your class 10th.

You must be confused about the role of animators in this field. But let us enlighten you about the part. The role of an animator here is to create a 3D model of the property of the client and provide them with different features such as coloring features, editing features, and so on. These models are very much demanded by the interior designers. So, the animators are highly demanded in this field.

Education is such a field where the use of 3D animation is maximum. The storylines or the virtual explanations of the particular chapters are the work of animators. It is basically like a study (3D animation) to provide the content of the study to others. Therefore, you do not need to worry about the scope of animation. If you are studying hard for your dreams, you are helping thousands of others to study as well.

Do you love to play games too? Then you have stopped at the right place. The game designing field is all about the animation and graphics in it. The main role of an animator in this field is to make sure that the characters are made appropriately which matches with the theme of the game and attract the players as well at first glance only.

The Multimedia field is like a whole plethora of opportunities for you. It is considered as the whole roof under which several opportunities are present. You can go to any field after becoming a multimedia specialist. There are no barriers to go into a field after becoming a multimedia specialist. So, if you want to master all the fields, then you can go a diploma in 3D animation after class 10th.

Have you seen the small going rounds with a logo in between while your internet is not working? This is the work of animation. The role of animation in this field is very demanding just as in the field of Advertisement and Film Making. The app designers use the work of animators to improve the designing of the apps and make it look more unique and attractive. 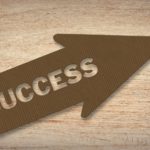 8 tips to know for self-improvement after class 10th 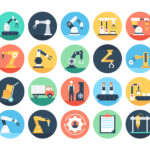 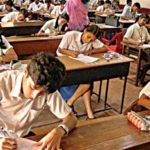