Things you might not know about College and Universities India has the third-largest education system in the world

Every child in India, who is between 6-14 years, has the right to get free and compulsory education. Education is India is provided by the public, as well as private institutions which ensure that everyone gets an education from the pre-school to higher education level. Indian higher education system is the third-largest in the world, next to only the United States and China. As per the statistics of Indian HRD Ministry, India has a total of 677 universities, 37,204 colleges and 11443 stand-alone institutions according to 2015.

Did you know that 22 universities in India have Gandhi in their names?

Out of these 22, 8 Universities are named after Mahatma Gandhi and Rajiv Gandhi each, 1 is named after Sanjay Gandhi and 5 are named after Indira Gandhi. In fact, Indira Gandhi National Open University, or IGNOU, is a distance learning national university and is the largest university in the world by a number of people enrolled! It has a total of over 4 million students. Not just that,  to maintain the standards of distance education, it has a sum of 21 schools with a system of 67 regional centres, 2667 study centres and 29 abroad centres in 15 countries. It offers 226 scholastic programs at the certification, diploma and degree levels with 11 divisions to deal with different school and college activities.

First Women’s College in Asia was established in India

Largest residential University in the world by campus size is located in India!

Banaras Hindu University, or BHU, is the largest residential university in the world with over 20,000 students. Spread across an area of 1,300 acres and located on the banks of river Ganga, this university has a total of 6 institutes with over 132 departments, and more than 60 hostels. It is a public central university which was established by Pandit Madan Mohan Malviya in 1916 in Varanasi. Dr. Sarvapalli Radhakrishnan, who was the first vice-president and second President of India, served as the Vice-Chancellor of BHU till 1948.

Jamia Millia Islamia is a public central university located in National Capital Delhi. It is the only university in India which gives 50% reservation to Muslim students. This university was established during British rule by nationalist Muslim leaders at Aligarh, United Provinces, India in 1920. It was established with the purpose of keeping Muslim education in Muslim hands and keeping it away from any external control.

First and Oldest University in the World is located in India

Nalanda University is the first university in the world that has accommodation for both, students and teachers. It was established in Taxila, which was also known as Takshshila, between 600-500 BC with around 68 subjects to study. According to the writing of Chinese pilgrim Xuanzang, it was established during the Gupta Dynasty. This university had a great Buddhist influence since many Buddhist teachers used to teach here. A.P.J. Abdul Kalam, the 11th President of India, proposed the idea of reviving the 1st University of India and World in 2006. The first academic session was started on 1st September 2014.

The maximum number of colleges in India is in?

Campus with a private beach 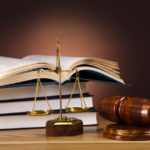 Top colleges for Law in India 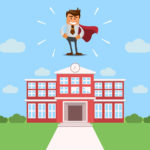 All about Jesus and Mary College