Start-ups have been a huge craze among the IITians. Start-ups also help one learn more and helps in personal growth as well.  Majority of the start-ups are done by IITians because they are quick at learning and executing, and also have got an excellent alumni network.

So, here are the top 10 successful startups do by IIT working professional:

OLA is an Indian cab aggregator company providing cabs, scooters, autos for instant hiring for our destination through app. It was founded by BHAVISH AGGARWAL and ANKIT BHATI who are graduates from IIT Bombay in December 2010. Applying the best of technology and with innovations the company expanded to 50+ cities at initial stages. This taxi hailing startup grew incredibly well in the past few years and is still one of the most successful startups.

FLIPKART is an Indian e-commerce company founded by SACHIN BANSAL and BINNY BANSAL who are graduates from IIT Delhi in September 2007. Initially it was just a platform for books and when the startup was profitable for about 6 months and had gained enough customers they continued expanding across all categories. Now it is leading as one of the Indian’s top most online retailer.

customers through app in the year 2013.

The start-up was aimed at providing the facility of on-demand pickup as well as drop service from retail shops such as grocery, pharmacy, restaurants for the customers.This was one of the successful start ups.

Urban Clap is a four year old start up that offers home services and this was founded by ABHIRAJ BHAL, RAGHAV CHANDR and VARUN KHAITAN who were IIM graduates in the year 2014. Using their personal experiences and realizations urban clap emerged as a company, it then turned to become a business model over the years.

ZOMATO is basically Indian restaurant aggregator, food – delivery start up. Zomato was started in the year 2008 July, by two IIT Delhi, graduates DEEPINDER GOYAL and PANKAJ CHADDAH. Now zomato has spread almost everywhere across the world and is the most trending and successful startup.

ROPOSO also called TV by people, is a video sharing social media app which was established in July 2014 by MAYANK BHANGADIA, AVINASH SAXENA and KAUSHAL SHUBHANK who were IIT Delhi graduates. It currently has over 3 crore users who are posting videos of different categories related to entertainment. Now a days most people engage in video content hence they have used this advantage to grab followers and has become successful.

INSHORTS is basically an app where you find the summary of the news in just 60 words. It all began in the year 2013, founded by AZHAR IQUBAL, ANUNAY ARUNAV and DEEPIT PURKAYASTHA who were IIT graduates of Delhi and Kharagpur respectively. When they observed the disconnect of people from reading news they were striked with this cool app where in all the information is available within the 60 words. This was indeed a very useful and a much necessary startup for people.

INMOBI is a global mobile advertising and discovery platform where consumers get to know about new products. It was founded by NAVEEN TEWARI, ABHAY SINGHAL, MOHIT SAXENA and AMIT GUPTA who were IIT alumni in the year 2007. There are almost 1 billion monthly active users spread across the world and it is quite rare, inspiring and successful start-up.

SNAPDEAL was established by KUNAL BAHL and ROHIT BANSAL, Bansal was an IIT graduate and this app went online in 2010. It was fastest growing e-commerce companies in India. Company’s growth has been phenomenal at initial and mid times.

Buying and selling of items got more easier when Quikr came into existence which was established in the year 2008 by PRANAY CHULET and JIBY THOMAS.

Pranay was an IITian from Delhi.

IIT institutes are giving out major entrepreneurs to our country. IIT Mumbai has topped the list followed by Delhi. 95% of the IITians working professional are extremely intelligent and rare, the way of thinking, reasoning makes them explore things in a different way and when ideas put at right directions will lead to successful startups like the above mentioned. 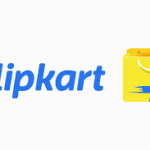