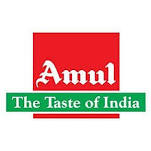 Everyone of you must have heard of Amul right? Amul is the biggest milk provider of India right now. Amul has launched so many products over the time that they are unstoppable now. They provide with so many varieties and their product are satisfactory too. But many of us doesn’t know how Amul started and the struggles it faced. It is a sad story but with lessons to learn. This story shows courage, sheer will and the effect of exploitation. Today, we here, at careerguide.com, are going to discuss about how Amul formed and after the struggles Amul had to face to reach where it is today. The following is how Amul started.

It is not well known but the story of Amul started back to 1940s. Back in that era, in Kaira district of Gujarat, the life of farmers was miserable. They were unable to live with their so low wages and the daily problems too. They grew seasonal crops back then and faced many struggles such as starvation during the off-seasons. The sold buffalo and cow milk but their income from it was very low and it was undependable.

There were not able to afford much by selling milk as the milk marketing system was controlled by rich contractors and middlemen. Them being rich and educated, made the lives of farmers miserable. They exploited them a lot and made them sell their cow’s and buffalo’s milk at a very cheap rate. In these times of exploitation, in the year 1945, the Government of Mumbai (back then being Bombay) entered into an agreement with a big dairy company Polsons Limited.

Polson limited was given a tenure to supply milk from Anand, a small city in Gujarat, to Mumbai on regular bases. The farmers saw a ray of hope but it was crushed by Polsons. They were just making their own profit and this arrangement gave very high profits to Polsons Limited and also to milk contractors. The farmers were again discarded and exploited.

The farmers were pleased to hear such a great solution and therefore, in 1946, a new model was developed. They formed a Union which would own the milk processing facilities. This Union was federated by all the milk societies of each village. Each village of Kaira District started collecting milk from their member-farmers via the milk producers’ co-operative societies and was given to the Union for processing.

This event lead to the creation and birth of Kaira District Co-Operative Milk Producers’ Union Limited. Seeing the success of Union, a lot of farmers joined the union and many later also started joining. And within a few years, they introduced their own brand “AMUL” (taken from Sanskrit work “Amulya” meaning priceless). They started using Amul to market their products. Amul started the White Revolution which gave them a lot of fame. And now over the years Amul has grown at exponential speed by constantly winning the trust of their customers by providing only the best to them. Today Amul is one of the largest dairy firm in the world. Who would have thought that a union started by oppressed farmers would take such a big form, right? This story of Amul is really inspirational as it teaches us to raise our voice against the injustice you are facing.

The story also tells us to never give up. If the farmers would have given up on their protest, Amul would never have formed. Also, another important life lesson this story gives is that we should seek help from trusted people whenever we are in need because they will always give us true and correct advice. They only want the good for us and would do such only. Also, it reaches us to be self-reliable (Atmanirbhar) and tells us not be dependent on anyone to do your job and standing up for you. You have to do it yourself. This also shows rural development!

So above was the success story of Amul. Hope that it would have inspired you and it would have been of some help. Best of Luck!!!