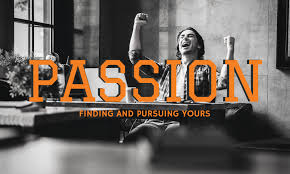 Sundar Pichai is the highest-paid CEO (chief executive officer) in the world. His salary: 5.87 crore per day. He started his career as a materials engineer. He joined Google in 2004 and became so in 2015. Above-mentioned salary record is based on information retrieved in December 2019. He is the CEO of Alphabet Inc. and its subsidiary Google LLC.

He started his journey in Google from a management post where he used to lead products management and innovation efforts. Pichai was suggested as a contender in Microsoft’s company for the CEO position in the year 2014 but then that position was given to Satya Nadella. Studied his engineering degree from Indian Institute of Technology in Kharagpur, India. Where he met his wife now they are parents of two children.

Elon Musk was ranked 21st in Forbes magazine for ‘ The world’s most powerful people’ and he is the most accomplished tech leader in the world. He has refused to take his full income and has taken only the required amount of money for his family and if he would have focused on money then he must be the highest-paid CEO in the world. He is recognised for his unbelievable and great work. His contribution to technology is to revolutionize transportation in every aspect as in for earth and for space.

He is an engineer, philanthropist, industrial designer and technology entrepreneur. He was born in South Africa and has citizenship of South Africa, Canada and the US. Also, He is co-founder and leads Tesla, The Boring, SpaceX and Neuralink. He handles everything in all these companies about manufacturing, product designing and products. His first company was Zip2 then he and Kimbal Musk sold it and founded X.com an online financial services. Then he was the co-founder of PayPal and afterwards it was acquired by eBay in 2002 when Elon Musk earned his first billion. He had 11% shares in the PayPal company before it was sold.

Known as The Rock. Dwayne Johnson is the highest-paid actor in the world. By earning $89.4 million in 2019 he became the highest-paid actor in the world. He is an American-Canadian actor and producer. also he is a businessman and he is a retired professional wrestler and former football player (American). He used to wrestle for the World Wrestling Federation which is now WWE before his acting career. His first leading role is in the movie Scorpion king which was released in 2002. And then he debuted in many movies and series. His highest-grossing film franchise is Fast and Furious. In the years 2016 and 2019, Dwayne Johnson was featured in ‘Time 100 most influential people in the world’ list.

YouTube Content Creator. He is the highest-paid content creator. When PewDiePie was in college, he wasn’t able to afford a computer and was on a student loan. Then after some time he quit college and he started whatever job he got as soon as possible and that was at a hot dog stand. And soon he started making videos. He started from nothing but his passion and joy about making videos made him so successful. He is a Youtuber, philanthropist and a comedian. His youtube videos are about gaming, vlogs, comedy and commentary. His total subscribers are 104 million and total views about 25.8 billion. He is awarded with 5 awards:

American YouTuber, Highest salaried YouTube streamer in the world. Ninja is his youtube name and his real name is Richard Tyler Blevins Jr. He is a YouTuber, streamer, internet personality and professional gamer. He used to participate in esports teams competitive play for Hola3. And through that, he got into streaming and he became famous when many streamers started playing Fortnite Battle Royale in October 2017.

His popularity skyrocketed as the Fortnite in early 2018 got into the mainstream and then be paid back by helping Fortnite gain more popularity. His twitch profile of streaming was the most followed and active Twitch channel in favour of Mixer with over 14 million followers before he retired on 1st August 2019. It was gaming that changed his life totally and got world-famous.

To be top the salaried working professional, you have to focus on the work you love most rather than money. All the people who are famous in any way, are because they never stopped chasing their dreams.

“Anything you work for may take time and patience but it’ll never leave you without happiness, if it is the thing you would love to do!! always.”