Birla Institute Of Science And Technology

The Birla Institute of Technology & Science, BITS Pilani is an all-India Institute for higher education. The primary motive of BITS is to “train young men and women able and eager to create and put into action such ideas, methods, techniques and information”. Over the years, BITS has provided the highest quality technical education to students from all over India admitted on the basis of merit. Its graduates may be found throughout the world. Are These thoughts on your mind too?  Take career Selector Test

India today magzine Ranked Birla Institute Of Science And Technology as a no. 1 private engering college with best placement facilities. Birla Institute Of Science And Technology is a reputed and Private institution. It’s fee is quite high. Average fee is 2 lakh per semester. The facilities they provide utilize the entire fee.

Applicants for admission to the MBA programme are considered for Teaching Assistantship. Students are selected on the basis of their skills and / or their CGPA. Those who are selected for teaching assistantship are required to participate in teaching and other development programs of the institute under guidance of faculty. The students can be allotted the work into three different categories where: Students are required to work and aid in a particular course under guidance of the faculty in their own department. Birla Institute Of Science And Technology have very good records and image in terms of placement. So many students get placed every year from the institution with a decent package. The average salary package is 20 lakh and the highest is 50 lakh.

That’s was all about Birla Institute Of Science And Technology. Be a part of top most university gives you Different exposure and experience as well.

Prof Dalip Kumar, Department of Chemistry, has been selected for the CRSI Bronze Medal-2017 by the Chemical Research Society of India (CRSI) for his contributions to research in Chemistry. CRSI was founded by Bharat Ratna Prof C. N. R. Rao and is the largest chemical society in India. 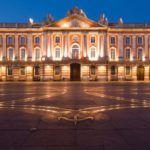 Top 8 colleges/universities in Rajasthan for commerce Why Should Students Go For SRCC 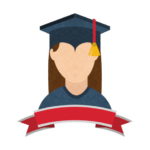