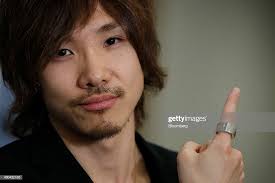 Today, we are going to discuss a very inspirational and motivational success story of a working professional from Japan who dreamed of beating Google one day. Yeah, that was his dream and he is approaching towards that dream inch by inch now.

The success story is about Takuro Yoshida, the crazy from a boy from Japan as he says himself. Now, being the CEO and founder of a successful company Logbar Inc and designer of ibi, the translator, he had his share of hardships and obstacles. We are going to discuss every aspect of his career.

Takuro was educated and brought up in Tokyo his whole life so he only learned the Japanese language his whole life. He had problems speaking English. One time in a fast-food chain, he had to explain to the worker there for 5 minutes in English that he wanted a glass of water. It was very embarrassing for him and this gave him inspiration for his mind-blowing product which we will discuss later ahead.

In the beginning, as he wanted to beat Google, he created a search engine. The search engine was not very impressive. You can search anything on it and the results would be mailed to you after 3 days. Not be good right? Takuro understood this and shut that search engine and moved on. He understood he wanted to do something good and excel in it.

He later created a product similar to Google Glass, but unfortunately, it was not as good as Google glass. The glass could be controlled by a ring which would be worn by the user on his/her finger. It was functional but not very expressive and original so he again scrapped the product. At this point in his life had come to a stop and he was broken. He had very few bucks left on him but he had hope in himself. He self-motivated himself and stood up once again.

For his success story, He had an entrepreneur spirit in him. Also, He thought of an idea that was wonderful. He took dried roses and dipped them in gold. Then he sold these gold-coated roses to the boyfriends who searched on the internet the following keywords: “Girlfriend”,” present”,” expensive”. By this simple step, he made 200000 USD. That is a lot of money. By doing this, he now had faith in him again. He was ready to give technology another try now. He wanted communication to be easy for everyone to one another and to electronics too.

Therefore, in 2013 he launched Logbar company, in which at first, he created a ring which could be used to give commands to mobile phones, tablets and even laptops. It was accessible, stylish and portable as it would be worn on the finger. The invention was great but it didn’t get much attention. It was side-lined as most of the things are.

He was starting to get demotivated, then a turning point came in his life. He went to that fast-food chain. That point changed his life completely. Now he wanted to make communication easy for the entire world. Instead of learning a whole new language, he now wanted to communicate in every possible language. Now, he had a dream and clear purpose in life. In this hope, he created ibi. Ibi is a portable translator device. Now you must be thinking that what is so special about this translator right? Well this translator is portable; verbal and the biggest asset is that it is wireless and Wi-Fi-free. It requires no internet to translate. This idea was great but difficult to execute.

It took him many years but finally, in 2017, he launched ibi. Ibi is extremely fantastic and the dream of every traveller. Now every tourist can communicate with local people without learning a whole new language. It was a game changer. It is fast and translates on the spot. Even Google translator is not as effective as ibi. He is now close to his dream to defeat Google. Every hardship in his life helped form ibi.

He knew that it has to be fast because he learned that incident from his search engine. Also, He knew that it should be effective and original too. He understood it’s importance. Takuro even convinced Japanese Government to help make ibi better and guess what? They agreed and are now helping him make ibi even better. Ibi has many accomplishments and was appreciated by the Hawaii Tourism Industry for being this amazing product. The product is now live and easily available.

Hope that this success story would have inspired working professionals and given you a ray of hope. Best of Luck!!!