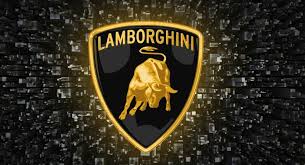 Every one of you must have heard of Lamborghini, right? Lamborghini is the leading motor company which is very famous for its unique cars and extremely beautiful designs and speed. The road to make Lamborghini as it is today has not been nice. Do you know that a humiliation by the owner if Ferrari started Lamborghini cars? Today, we are going to discuss how Lamborghini became what it is today and all the hardships that were in the way to inspire working professional

So, it all started with Ferruccio Lamborghini, an Italian industrialist. He was born in the family of grape farmers. He didn’t want to join his family business. After serving in World War, Ferruccio started making tractors for his farm. He became so good with mechanics that he started a company to sell tractors and fortunately, his business blew up and he became rich by selling tractors.

Lamborghini was interested in cars so he started to buy a lot of cars. He went a step up and bought a Ferrari car for racing. He drove many cars including Ferrari and soon realized that the Ferrari he was driving was having problems in it. When he was racing his Ferrari, it was too noisy and rough on the road. Another matter that he faced was that the internal clutch needed repairing a lot more often and required.

He wanted to change the problems in Ferrari, so he approached the owner of Ferrari, Enzo Ferrari. Now, the problem was, during that time Enzo was the top-dog and was at the top of his game. He was rich and knew his cars. When Lamborghini, a mere tractor mechanic approached Enzo with faults in Ferrari, Enzo got offended that how can a mere mechanic say something about his Ferrari and Enzo brutally embarrassed and insulted Lamborghini.

He believed Lamborghini didn’t know a thing about mechanics or cars. Little did he knew what was around the corner. At that point, a rivalry began between Enzo and Ferruccio. Ferruccio felt all the words by Enzo and took them very seriously and got offended by it. The mere hobby of him was now going to be converted into his passion. He decided to take his revenge from Enzo.

He started to design his own luxury cars and in a matter of 4 months, he presented his first car Lamborghini 350 GTV at the Turin Motor Show. In one year, he sold 13 of his new cars. After that Lamborghini was unstoppable. He started working on new models and launched Automobili Ferruccio. He even bought a plot of land to set up his factory to make cars.

His business was unrivalled and his tractor business helped in making this business successful as it provided capital. He worked on his cars and later hired two engineers for car pieces to be fixed. Lamborghini cars are so famous right now due to that one insult by Enzo. This story of how Lamborghini cars started gives us many valuable life lessons which we are going to discuss now.

The story teaches us that if we decide something, we can do it. It is the live example of that. Lamborghini dared to dream, to step up to his family and later to Enzo and then he made those world-famous Lamborghini cars. We should never lose hope or lose motivation. If Lamborghini had lost motivation while building the car, we never would have seen these wonderful cars. We should always learn to take criticism in the right way and tackle them accordingly.

As it is said, actions speak louder than words, Ferruccio proved that by showing Enzo Ferrari that what a mere mechanic from a grape farm and do. Lamborghini revolutionized the luxury cars to a new extent. Lamborghini realized after his insult from Ferrari that it was finally the moment for him to create a perfect car. Another life lesson that the story provides is that we should never be arrogant and overconfident. Enzo was being arrogant to Lamborghini and was overconfident in his creation that he neglected the flaws and ended up creating his biggest rival and that rival being more well-known and successful than himself.

Later in his life, Ferruccio decided to opt his family roots and started producing his own wine. He was delighted by that. He shifted to a land and even started hunting. Also, He designed a golf course to interest himself while managing all his business. He later died at the age of 76 due to heart attack 15 days ago.

Who would have thought that a simple insult can create something this big? I think we can learn from Lamborghini that no matter what the situation is or what your problems are, if you decide to do something, you can achieve if, no matter how many obstacles are there in your way. We can all learn a lot from him. Hope that he is now well rested and is in peace.

And hope that this was helpful to you and would have inspired working professional to do something big and exceptional. Best of Luck!!!