Student life is a wholesome combination of constant suffering and occasional fun. Speak about ‘exams’ and it is not difficult to imagine the tormenting situation that this generation’s students are experiencing. The cause of such an experience is not uncertain. The reason is ‘toughness’ to put it in simple terms. Students need to crack the entrance exams to get into top-notch educational institutions and reputable universities. The top 10 toughest exams in India are listed below:

The UPSC is the governing body that performs this review at different levels. The fact that toppers usually end up with no more than 40 percent of the total marks is a testament to the strength of this test. It is no exaggeration that to crack this study, aspirants should know almost all. Every year, more than five lakh aspirants are estimated to appear for this examination and not more than 1600 make it to the final round.

Aspirants who want to pursue a Bachelor’s program from the renowned Indian Institutes of Technology and Indian School of Mines, Dhanbad, are given this entrance test. The rate of success is as poor as 1 in 45. Initially, IIT-JEE used to be a subjective test of Physics, Chemistry, and Mathematics determining the caliber of aspirants. It soon became an objective entrance test with a differential marking scheme as the years passed. Just like how wine gets better and better each year, JEE gets tougher and tougher. Let me draw an analogy here. This examination is the Toughest Exams in India.

Xavier Labor Relations Institute (XLRI), Jamshedpur, and other sister institutes such as Xavier Institute of Management, Bhubaneshwar, and many more. should score a decent percentile rank in XAT. Aspirants who are passionate about bagging a seat. In addition to assessing the competence of an applicant in Quantitative Aptitude, Data Analysis, and Verbal Ability, XAT tests his or her decision-making competence. There is a separate paper that contains sections on General Knowledge and Essay Writing. It is a test based on paper and is normally administered in January.

Aspirants who are excited about bagging a seat at the prestigious Indian Institutes of Management (IIMs) should take this test and secure very good percentiles. At least 97 percent percentile should be scored by an unreserved category student to get into IIMs. Quantitative Aptitude, Analytical Reasoning, Data Analysis, and Verbal Capacity are evaluated by aspirants. Usually, it is carried out in November. Applicants wishing to seek an MBA from IITs and private institutions should also receive a respectable CAT percentile. A little over two lakh members apply for the CAT every year. This one is the Toughest Exams in India.

Bangalore should offer its best in this exam to aspirants who are enthusiastic about pursuing a Master’s program in Technology from renowned Indian Institutes of Technology and Indian Institute of Sciences. It was once a test dependent upon pen and paper. GATE, however, became online in 2014. Many public sector firms, including firms in Maharatna and Navratna, embrace the GATE score and provide the best performers with jobs.

The Institute of Chartered Accountants of India-ICAI administers and conducts this three-tier exam. The first tier test is called CPT. CPT stands for General Proficiency Test, and four dedicated parts each on Economics, Quantitative Aptitude, Mercantile Laws, and Accounting are included in this test. The second tier consists of seven subjects and is called the Integrated Professional Competence Course. He/she has to take the final tier-3 round where his / her mettle and intelligence are tested to the fullest extent if an applicant successfully passes tier 1 and tier 2 examinations. 8-16 percent is the success rate.

IES is taken by engineering graduate students belonging to either electrical or electronics or mechanical or civil engineering backgrounds after catching the headlines as one of the hardest exams. More than two lakh members are estimated to apply for this test and not more than 434 members qualify. It speaks volumes about its durability. Eligible members are named by the honorable President of India to a grade A service

In India, there are sixteen reputed and highly regarded National Law Universities. Students wishing to pursue a Graduate Program (Bachelors) and a Postgraduate Degree Program (Masters) at reputed law universities take CLAT. In other terms, CLAT should be written by candidates who seek to win either an LLB or an LLM. This examination lasts two hours and CLAT tests the competence of applicants in the parts of Numerical Skill, General Knowledge, English, and Reading Comprehension. This examination is the Toughest Exams in India.

As the appellation implies, for undergraduate students, AIIMS is an online medical entrance test administered annually at the national level. For all four parts, Physics, Chemistry, Biology, and General Knowledge, aspirants need loads of practice. The total number of issues is 200 and the classification is as follows: 60-physics, 60-chemistry, 60-biology, and 20-general information. This exam will be offered annually by more than one lakh aspirants.

NDA admission is one of the toughest tests and is certainly one of the top 10. Based on their success in this test, the applicants are recruited to the army, airforce, and navy wings. The Union Public Service Commission ( UPSC) is interestingly carrying out the NDA entrance test. Applicants will be screened for arithmetic, general skills, English, and general knowledge. Start by writing, pasting, or pressing the paraphrase button. This examination is the Toughest Exams in India.

Every year in India there are thousands of competitive examinations. And they don’t crack easily. But again, behind competitive tests, that’s the whole point, right? It could only be achieved by the most worthy candidates. Here, we have limited your study to the top 10 of India’s toughest tests. Recall that it was never easy for those who cracked such exams to fly. As in the films, many of the top rank-and-file examinations had no research tools. Yet, because they had not forgotten and worked hard to achieve their goal, they split these exams. So, none of it is impossible. 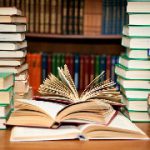 10 Steps to prepare yourself for MBBS Exams

All You Need To Know About IIMs

All about the Optometry Admission Test