India is one of those countries in the world which is blessed with the immense labor force. Not only this, but India also stands out as the country with the third-largest education system. One can find the top quality of engineering colleges that offer a variety of specialization, too, in their curriculum. At present, one can find over 4,000 engineering colleges in India. Nowadays, students with good science background opt for engineering from top colleges. For admission, Engineering colleges in India conduct various university, state, and national level exams.  Through these exams, students can seek admissions for B.Tech and B.Arch courses. Various national level exams are conducted online by the NTA. Some university conducts its indigenous reviews and offers admission to their undergraduate engineering program. For admission, students need to qualify for the JEE Advanced exam, which has undertaken after qualifying for JEE Mains. And for admission to M.Tech, the students have to take the GATE exam. One can opt for various streams in engineering as per the liking towards a particular flow. But, sometimes, it becomes quite challenging to find out as to which college is better for the course. So to ease the process, our Human Resource Development minister takes up the charge. He relies on the ranking framework of NIRF (National Institutional Ranking Framework). And NIRF needs approval from MHRD. So, to help out students to choose one of the best engineering institutes, one should have a look at the following Top 7 engineering colleges in India in 2020 which are  described in detail:

IIT Kanpur came into existence in 1959 in Uttar Pradesh. It is very famous for its engineering course and research. The institute is having a vast number of 395 administrative staff. And every year approx 6,500 students seek admission here. This number also includes more than 2,500 postgraduate students. These number always acts as an addition to the pride of the college.

This institute was established in 1951 in Kharagpur in West Bengal. The institute is popularly known as IIT KGP. It is the very first institute by the Indian Government to impart knowledge in engineering. IIT KGP has the largest campus amongst all the IITs in India. Not only it has 480+ people working in the administration department, but the college also has whooping 12,000+ students.

Ranking among the top engineering colleges in India, this institute came into existence in 1959 in Chennai.  And to make it, India had to seek financial assistance from West Germany, which was the then Government. This institute was the third institute formed by the Government to provide quality education in Engineering. It has more than 500 faculties and a good number of 8k+ students.

Popularly known as IIT Delhi, it came into existence in 1961. It has topped the list of being the best colleges in Quacquarelli Symonds too. And this list comprises of 200 universities in the world. With 7,500+ students, it is undoubtedly one of the famous institutes in India for engineering.

Established way back in 1964 in Pilani, this engineering institute is well known as BITS Pilani. Unlike other National Institutes, BITS Pilani is a Deemed University. It is a residential college that is supported privately. It also has three campuses in Goa, Hyderabad, and Dubai. It’s ranked as a top player amongst private engineering colleges in India. BITS Pilani conducts its online entrance test by the name of BITSAT.

Holding a ranking among the most popular engineering colleges in India, IIT Roorkee was brought into existence in 1847 in the Uttarakhand district of India. Formerly known as the University of Roorkee, it is 7th IIT, which came into existence in India. The institute is quite famous for its enormous alumni base, which includes 10 exceptional Padma award holders. All the above-listed institutes are top-ranked in India for Engineering stream. Any course completed from a recognized institute has advantages of its own. Be it secure placements or good ranking, and the above-listed colleges have it all. With immensely excellent facilities, these engineering institutes have high campus placements wherein companies from various industries offer attractive packages to the students. Students can seek admission to 6 main branches of engineering, which are Chemical, Civil, Mechanical, Management, Electrical, and Geotechnical. Besides this, one can take entries in various subcategories too. Top 10 Engineering Colleges in UP 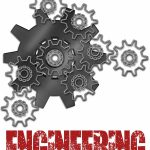