A Master of Science is a master’s degree in the field of science awarded by universities in many countries or a person holding such a degree. In contrast to the Master of Arts degree, the Master of Science degree is granted for studies in sciences, engineering and medicine and is usually for programs that are more focused on scientific and mathematical subjects; however, different universities have different conventions and may also offer the degree for fields typically considered within the humanities and social sciences. While it ultimately depends upon the specific program, earning a Master of Science degree typically includes writing a thesis.

Apart from technical jobs, there are several non-tech yet ownership jobs always available for the professionals or individuals passing out with the degree of Master of Science [M.Sc] (Physics). Below mentioned are some of the non-technical jobs mentioned for the same:-

The top colleges for M.Sc. in Physics are-

VIT was founded by G.Vishwanathan in the year 1969. It includes 20 undergraduates, 34 postgraduate and 4 integrated and 4 research programs.

VIT has departments divided into 15 schools of study with the addition of VIT Law School at Chennai campus.

This college implements Fully Flexible Credit System (FFCS) which gives the students space to make their time tables by choosing the subjects and faculties under the guidance of whichever subject they want to study.

The fees structure for the complete course is around 1.22 lakhs INR.

And, VIT organize the scholarship scheme for its BE students, i.e. GV School Development Programmed.

This scheme selects toppers from each state board and central board while allowing them with 100% tuition fee waiver for all four years.

The institute has the following engineering departments which offer B.Tech, B.Arch, M.Tech and many more.

Department of Planning and Architecture

Department of biotechnology and Medical Engineering

The eligibility criteria for M.Sc. in Physics  is that the candidate has to clear 10+2 from Science stream and have secured minimum of 50% marks in Mathematics, Physics, Chemistry as their compulsory subjects and Science/Biology as their optional subjects from a recognized board. Also they should have graduated in B.Sc. in Geology/Applied Geology/Earth Science from a recognized university.

Also, they need to appear and clear IIT-JAT.

The fee structure for the complete course is around 98 thousands INR.

Christ University is the deemed university in Bangalore. It was founded in 1969 as an autonomous college, and on 2008 it was declared as an institution deemed to be university by the Ministry of Human Resources Development, Government of India.

Rethinking technicality as a discourse through means of recreated discoveries on the basis of cultural knowledge and organization is a bit interesting kind of study. This will give an alternative view to the truth making rather than assumptions.

The eligibility criterion is that the student needs to qualify B.Sc. in Mathematics/Statistics/ BA Economics/B.Com with 60% aggregate marks from a recognized University in India. The students who are in their final year must have secured 60% aggregate in all semesters of undergraduate examinations that are appearing for final degree semesters.

The fee structure for the overall course is around 1.3 Lakhs INR.

It was formerly known as National Institute of medical Sciences and is a self financed university situated in Jaipur, Rajasthan. It is recognized by UGC established under NIMS University Act 2008. It is a medical paramedical and technical university.

The department of aeronautical engineering was established in 2009 and was intended in teaching of aerospace in a disciplinary approach. The students may acquire interest into complexities in engineering and can correlate with the latest technical writings.

The eligibility criteria for M.Sc. in Physics are that the candidate has to clear 10+2 classes from an affiliated board and B.Sc. from a recognized university.

The fee structure for the overall course is around 36 thousands INR.

Also Read: Should I do Engineering after 12th? 8 tips 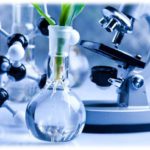 Top colleges for M.Sc. in Chemistry in India! 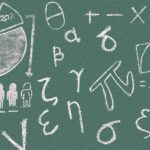 Top colleges for M.Sc. in Mathematics in India! 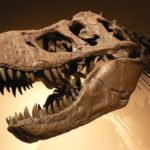