Why COVID is affecting the life of healthy young adults Coronavirus is a pandemic no one really saw coming. After a lot of confusion and disarray even when the researchers have figured out how to prevent the virus from spreading, it is still doubtful if that is actually helping. As per the idea telecasted towards all of us, it was seen coronavirus was affecting more of the deceased and aged than other people. It was said that the youngsters could be carriers and they were advised to rather stay at home to prevent the spread of the virus.

However, when the virus began to surface, the health experts realized that the idea was not fully true. The coronavirus was even affecting young adults. Though the reasons are still not very clear, it was weird for many young, healthy people to have had hit by the virus even when they were not traveling internationally or domestically at that point. It even led to the death of many. What we are going to do is try and analyze the probable reasons for the effects on the health of young adults.

What have the researchers said so far

To date, the researchers have not been able to decide any reason in particular that justifies why it affects young and healthy people. But it is true that they did come up with certain assumptions that resonate with such spread among the youth. One of the reasons could be their genetic pattern. Even if healthy someone looks healthy on the outside, it is not necessarily their genetic composition would say the same. Some people do have a genetic composition that doesn’t adapt to a virus or an infection well. This affects many individuals’ lung cells, and may even lead to death. The other reason could be the level of surfactant in an individual’s body. This surfactant is a substance that helps in the lung behavior of contraction and expansion. If the amount of this substance is low then it highly affects the way the virus enters the body. This has a huge impact on lung behavior and may even lead to breathing issues which actually explains why some young adults may get affected by the virus easily and even lead to worse situations.

Another reason given by the experts is the number of proteins in the immune system. It is true that it is very each to fill the stomach of a young adult. This means that even if they eat a full course meal, they may not receive the right nutrition in their body which would result in a low amount of protein in the immune system and apparently, affecting the individual’s health and increasing his chance to get affected by the pandemic. Also, exposure is aa important factor in this case. One of the major reasons that the virus is spreading so fast is because people are mingling with one another. Thus, when someone with a higher load of virus particles meets the one with a lower, it still affects both of their individual health, especially when one is already exposed to the virus. A healthy young adult when goes out to shop or even do a household activity is already exposing himself to the virus without even knowing.

Yes, the pandemic has affected our lives in ways we can not even imagine. But are today’s youth, who constitute more than 70% of the population doing their bit and contributing enough? How much aware are they? With all the social distancing norms and guidelines, it is important that the youth acts as the first responsible citizens of the country. Since the advent of lockdown and with the lockdown of every institution, recreation places, clubs, and pubs, a high amount of disappointment has hit most of the young adults. While some are trying to cope with it, some are trying to resonate with their ideas of going out as justifiable. It is important for youngsters to realize that just because they think they’re healthy, that doesn’t necessarily mean they actually are. And even with the high rates at which the virus is affecting, most of our lives, it is simply easy for most of the young adults to be carriers for their family members. In the early stages, young people were consistently ignorant of the pandemic, as with not much information, it was thought that it only affects the senior citizens and people with symptoms with other diseases. But with passing time, such an idea has been discarded. And soon everyone realized how youngsters are equally exposed to the virus just like everyone else.

Truth be told, to have any belief regarding how young adults are fine even when exposed to the virus, should be discarded. It is a global pandemic and no individual is any safer from it and cannot be fine on their own, just because they are ‘young’. 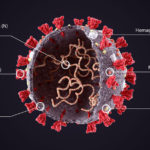 Youngsters embracing the idea of pandemic dential and pandemic fatigue