Productive Hack is to say NO

Not doing something will always be faster than doing it. For example, there is no meeting that goes faster than not having a meeting at all. This is not to say you should never attend another meeting but the truth is we say yes to many things we don’t actually want to do. There are many meetings held that don’t need to be held. We often make things about others that we end up saying yes to most of the things we really didn’t want to do. On the things that even don’t have the worth our time. Do we ever think that why we are so occupied with others that we forget to see what we really want? This doesn’t mean that stop saying yes to things but of course, stop saying yes to things that don’t matter to you for the sake of others. You retain the ability to spend your future time however you want.

How often do people ask you to do something and you just reply “YES” later on you get overwhelmed with so much work that is left for you. We become frustrated by our own commitments even though we were the ones who agreed to them in the first place. It’s worth asking if things are necessary a lot of times teams are as simple as just saying “NO”. There are so many obvious reasons for a NO but then we choose to say YES. WHY?

Why do we say YES?

We agree with many requests not because we want to do them but because we don’t want to be seen as rude, arrogant, or unhelpful or other people to think that we are not a nice person. But we are highly wrong because saying NO doesn’t justify the word rudely because we say no so that we can do our own work or we’re caught up with a lot of work and commitments. Sing no to people because you like them or you want to help them is not a valid reason to say yes. Coping up with people is an important element of life but the thought of this training the relationship outweighed the commitment of time and energy. Try to be more gracious and nice with your words when you are saying NO so that you didn’t sound rude or arrogant. Do whatever favors you can and be warm-hearted and direct when you have to say NO.

It is difficult for most of us to say NO we get conflicted between what to say yes or no beer overburdened with the thought of what others will think rather than getting to a point where what we think how many commitments and jobs we have to ourselves. Perhaps one issue is how we think about the meaning of yes and no.

The Difference between Yes and No

As soon as we say YES the NO triggers our mind as the opposite word. It might have equal weightage in the conversation but they’re entirely different magnitudes in commitment. When you say NO, you mean NO to one option but when you say YES you are saying no to every other option.

In other words, saying no saves your time in the future seniors cost you time in the future. No is the form of time credit. You retain the ability to spend your future time however you want. Yes, a form of time debt you have to pay back your commitment at some point no is a decision yes is the responsibilities. NO is a decision. Yes is a responsibility.

The Role of No

Is sometimes seen as a luxury that only stains those in power can afford sing is not going to cost any damage at all. Well, which is going to last is you sitting there over-thinking of you did something wrong by saying NO. Saying no is an important skill to develop at any stage of your career because it’s written the most important decision l you could make as an asset is: Time. Saying NO definitely saves time, you, and the future.

This is an important balance to strike you saying no doesn’t mean you will never do anything interesting relative or spontaneous. It just means that you say yes in a focused way. Once you have knocked out for distraction it can sense to say yes to too many opportunities that for potentially move. In the right direction, you have to try many things to discover what works and what enjoys it. This period of exploration can be particularly important and bringing the project, job, or career.

We waste most of our time on something which is not valuable for us. Whenever you try to do anything try to see, if that thing matters to you after five years if that is not going to matter to you just say No, then and there right away. Don’t waste your time on things that don’t matter. That is wasted doing things insufficient and if that is the case elimination is a more powerful useful skill than optimization. 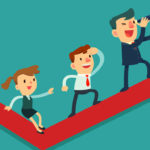 Failing harder is Important for Success 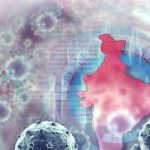