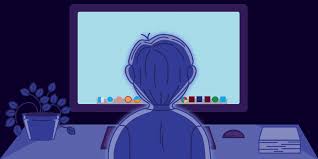 If you want to know if you are insecure about yourself, you are in the right place. Everyone wants a perfect or at least simple life that consists of dear family members, loving friends, a caring partner and few goals in life to achieve. But when things fall apart or don’t go according to how we want, we often tend to feel insecure about ourselves as well as our lives. So today I’ll share a few signs that may help you identify if you too are insecure about yourself or not. So here are the signs.

People having insecurity about themselves will always feel jealous towards the success of others. Not only that, they will always tend to compare their lives with others and always have reasons to give others regarding why they can’t succeed in life.

Jealousy isn’t good for your mental and physical health too. People who are achieving success will still be successful in spite of you being jealous, but it’s your jealousy that won’t let you work hard to achieve that success for yourself. This is the sign that you are insecure about yourself.

So who’s the loser?

People having insecurity about themselves always tend to feel low and also face anxiety issues when they see their social media’s getting fewer followers or decrease in followers. Also, they may feel drastically bad when they see their posts getting less number of likes as compared to their friends.

But my dear friend, life isn’t so fragile as social media. There’s more to it. Let other’s get more number of likes, let others have more followers in spite of knowing the fact that your posts are more beautiful or have more talent than them. It’s just that you need to be happy with what you have. This is the sign that you are insecure about yourself.

They tend to judge anyone and everyone. It may be possible that they don’t know a person personally but still tend to judge them even based on their looks, appearance.

So do you realise that being judgemental doesn’t harm the one’s whom you are judging, but it’s actually harming your qualities and also making you toxic as well? When you are judging people in front of anyone, they automatically tend to stay away from you and feel like you don’t have a personality which is trustworthy.

So whose loss is this? The people you are passing judgements about without even knowing them? Or it’s you? So insecurity also leads to self-harm. Try to accept your flaws instead of blaming or sympathizing to others for something which was completely your fault. This is the sign that you are insecure about yourself.

Insecure people try to get close with renowned people by constantly oiling them. After that, they try to make others believe that they are very close to certain renowned people or public figure (mostly possible that those renowned people don’t even know them properly) to make them feel important so that other’s give them attention along with special treatments.

But you see, you are actually lying to them if you are doing so. Only those who are as low esteemed like you will try to give you attention in that case because others who don’t care about the being renowned to make friends won’t even look for your friends because they look up for true friends and they definitely understand that you are not the one at least.

You see they love to play cool and for that, they can lower themselves to any extent. They may even start back bitching about their own friends and close people just to become cool in front of others.

But guess what? In order to look cool mostly people forget that they are trying to defame their own choices, own friends, close ones or family members. As a result, the person in front of whom they are trying to play cool or smart considers them to be actually a betrayer and never feels like coming close to them. And trust me, it’s not their fault if they don’t want to come close to someone having such a mentality or someone who doesn’t know how to respect their own one’s, because they may feel that if they come close to you then maybe one day you will start back bitching about them too.

So sometimes being insecure makes you toxic too which is actually a sign of self-harm. There are people who intentionally want to be toxic but you are not a member of that team, right? You still have time to improve, you still have time to recover. So start now, and look back only when you want to learn from your flaws or mistakes that you have made in past. This is the sign that you are insecure about yourself.

Causes and effects of anger among teens