Racism is prejudice, differentiation, pre-judgments, or malicious behaviors towards another person based on their race, ethnicity, or cultural background. Racism is based upon the incorrect belief that some people are inherently and biologically better than others. This discrimination can
come in diverse forms, from rude commentaries to aggressive behaviors. Racism is a burning issue in the current world.

What is white supremacy

The term “white supremacy” indicates the methodical marginalization or subjugation of people of color based on a socially built racial hierarchy that privileges people who identify as white. White privilege, the unmerited and often unrecognized benefits, benefits, or rights bestowed upon people in a dominant group, is a critical piece of the puzzle when we talk about casual racism. There is deep-rooted distrust between the Black community and its White counterparts, resulting in brutal violent attacks on the Black community. In extreme cases, racism occurs in public places and comes from strangers, and can intensify to vehement hate crimes.

What is Casual racism

Casual racism appears in the form of ‘microaggression.’ This is an intentional or unintentional the offensive message that targets a person based solely on their being a minority group member. Any form of racism should be unacceptable, even a slight comment or an action that is subtle or
occurs in a casual environment. It should be stopped at all costs. Microaggressions may be in the form of intentionally preferring not to sit next to a person because you feel uneasy about the color of their skin, or making fun of someone’s background, even if it’s disguised as a joke.

How to fight racism

Racism is one of the most significant crimes on our planet and has always been a roadblock to forming a robust labor movement. Standing up to racism isn’t easy, but it’s the correct thing to do. Where ever you are, whether in school, college, or the workplace, challenging allegations, presumptions, and stereotypes is the right way of letting people know it’s not okay to be racist. Sometimes people unintentionally make remarks that appear racist.

Standing up to these comments can be an excellent way for people to learn about the negative adverse impact they put on others. You need to feel comfortable, safe, and approach the situation as calmly as possible and make sure that you feel safe first. Being responsible for having conversations about racism creates room for dialogue and change, whereas going straight into a screaming match is usually counterproductive. 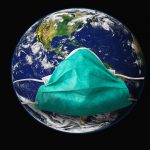 10 things to do if you can work during coronavirus 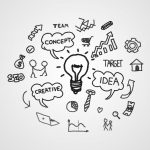