From being a crazy idea to a staple brand today, Nykaa beautifully demonstrates how passion and persistence can lead you to success

Nykaa, an e-commerce retail brand for products ranging from make up, skin care, perfumes, bath and body, wellness, fashion to luxury products for women as well as men, that came about in the year 2012 with much scepticism around it, has now set foot into the unicorn (start-ups valued over a $billion) legacy. Let’s look at how Falguni Nayar, Founder CEO of Nykaa, managed to raise a “queendom” of her own through the years.

Journey prior to Nykaa

Falguni Nayar was born and brought up in a progressive Gujarati family in Mumbai. She studied commerce and completed her MBA from the Indian Institute of Management (IIM) Ahmedabad. Although, she started working as a consultant first, she was gravitated towards working in finance which eventually led to her illustrious career in Kotak Mahindra Group. During her successful 20 year tenure (starting from 1993 till 2012) in Kotak Mahindra she held many roles from an investment banker to heading global operations in London and in the States to being announced as the Managing Director in 2005.

While her stint at Kotak, she’d encountered many young entrepreneurs so full of zeal and passion about their ideas that it wasn’t even difficult for them to overlook their critics, especially entrepreneurs like Ronnie Screwvala of UTV and Ajay Bijli of PVR cinemas, whom she witnessed grow in real time. Her experiences from these incidents along with her understanding of stock markets since a very young age had sort of embedded a grain of entrepreneurship in her.

After much trepidation and uncertainty, Falguni Nayar finally decided to bet on all odds and left a comfortable job at Kotak Mahindra in 2012, at the age of 50, to start her own business venture. Her belief in the potential of e-commerce and an urge to explore the uncharted and unorganised cosmetics industry in India led to the inception of ‘Nykaa’ which aptly roots from the Sanskrit word, Nayaka, meaning one in the spotlight or an actress.
Whilst, the eCommerce business had a huge prospect, companies like Flipkart and Myntra still hadn’t bagged any funding then, which gave a way for some inhibitions while setting up Nykaa. However, within no time Nykaa saw great success in its endeavours under Falguni’s fervent leadership.

What started as an online portal for selling multi-brand cosmetics and beauty products in 2012 soon shifted to being an omnichannel and inventory-based model with as many as 68 stores, offline, across the country and several warehouses in Mumbai, Delhi and Bangalore by 2015.
Nykaa, not only aims to bring famous and genuine brands (both national and international) to its customers but, in fact, it also, educates them about various products as well as tutors them on how to use them aptly or rather in an empowering manner, something that is common in western countries. This allowed the company to have stronger relations with its consumers.

Today, the company curates a wide range of more than 1200 brands, including national and international, for beauty, skin care, haircare, wellness and other products. In an aid to cater different demographics, the company setup 2 forms of offline stores, Nykaa Luxe and Nykaa On Trend. While the former includes luxury products, the latter mainly has consumer popular items. Besides, the brand has a lucrative private label, Nykaa Beauty, under which it includes cosmetics as well as a range of bath and body products.

When Nayar was beginning to lay her roots in the entrepreneurial world, she had a few naysayers within her family too, albeit it was out of concern. But her twin son and daughter now work along side her making things come to a full circle. With Falguni’s Ivy League graduate children on board along with their team, the brand has managed to set up other breakouts like Nykaa Man (which offers beauty, skincare, haircare and wellness products for men) and Nykaa Design Studio (which offers designer clothing options for both men and women).
Falguni Nayar, through her brand, has subsequently poked a hole for Korean cosmetic products to enter the Indian markets with exceeding demand.

Owing to Falguni’s passion and persistence and the company’s overall attitude to always be ahead of the curve has led to its highest ever net worth of 1.2 $billions in 2020 with motives only to still keep shooting for the stars.
Much inspired by Sephora, a French multinational beauty brand, Falguni Nayar created and continues to lead her brainchild, Nykaa in the Indian markets, has further inspired many women to work for their dreams.
We hope that this awe-inspiring success story motivates you to believe in yourself while working towards your dream against all odds. 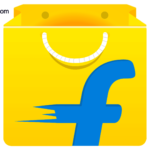 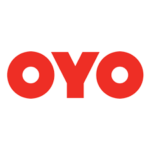 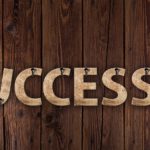