Acting is not just a art. It is a dream of many. Whenever someone sees any kind of fiction or even real life based movie, it develops an interest in us that how our life can become. If we become part of this movie. Or if I become a celebrity. Careerguide is always here to help you. We will tell you how you can fulfill your dreams and passion. So, what are we waiting for? Let’s go. Here is the list of top 10 Acting Institutions.

A recent survey conducted by a Canadian Television network has proclaimed Actor Prepares as “The Most Unique School for Acting” in the world.

Anupam Kher’s Actor Prepares – The School Of Actors is the most preferred acting institute for aspiring actors in India and across the world. Established in 2005, the institute was founded by International Actor, Mr. Anupam Kher. Based in Mumbai, which is also home to the glamorous Hindi film industry, Actor Prepares is the only institution in the world run by a professionally active actor. Our training faculty are the best in the industry and have over 15 years of professional experience. Actors trained by Anupam Kher and Actor Prepares include Deepika Padukone, Varun Dhawan, Hrithik Roshan, Preity Zinta, Abhishek Bachchan and Kiara Advani.

The Film and Television Institute of India (FTII) was set up by the Government of India in 1960, in the premises of the erstwhile Prabhat Studios in Pune.

The FTII Campus currently stands on the grounds of the erstwhile Prabhat Studio. Prabhat Studio was a pioneer in the business of filmmaking and shifted to Pune from Kolhapur in 1933. The archaic studios of the time, which were the production grounds for the films of Prabhat are still present and are being used at FTII. The old Studios of Prabhat are now heritage structures and FTII students continue to work at the world’s oldest functioning film shooting studios. Students can pursue Acting course from this Institute.

Named after the legendary film maestro Satyajit Ray, the Institute has emerged as a national center of excellence which offers post-graduate program  in Cinematic studies.

SRFTI has succeeded in articulating and disseminating classical and contemporary theories of praxis for the creative minds to leap into the world of professional practice: be it mainstream, parallel, art-house, experimental or non-fiction narratives. The Institute has crossed  many mile stones towards a new paradigm of the art and craft of Film making.

BJAS opened (as Imago Acting School) in 1997, in Noida, U.P in Film City just outside Delhi. The course moved to Saidulajab, Saket, in New Delhi in 2002. By request of students, casting directors and producers, the Directors decided to move to Mumbai in 2007, where the school was renamed Barry John Acting Studio. Among our first Mumbai students were Freida Pinto, Jacqueline Fernandez and Richa Chadda, followed soon after by Varun Dhawan, Arjun Kapoor, Rana Daggubati and many others who have successfully played in films and television serials. This Institute offers Acting course for students.

National School of Drama is a theatre training institute situated at New Delhi, India. It is an autonomous organization under Ministry of Culture, Government of India. It was set up in 1959 by the Sangeet Natak Akademi and became an independent school in 1975.

Regularly featured in the list AAFT is an integral education and training academy of Marwah Studios, which is a leading entertainment and media conglomerate. What started out as India’s foremost private film school over 25 years ago, has since grown into the largest media education hub in Asia. With a vision to produce global leaders of highest intellectual and ethical calibre, AAFT delivers high quality technical education in emerging areas of media and creative arts.

Whistling Woods International – Mumbai Institution train the students in a way that makes them employable and industry-ready. Subhasg Ghau formed his own company Mukta Arts Pvt Ltd. after directing Vidhata [1982], his first film with Dilip Kumar and Sanjay Dutt.

Subhash Ghai started his career in Hindi cinema as an actor in Taqdeer (1967) and Aradhana (1970) with lead roles during the 70s in Umang, Sherni, Bharat Ke Shaheed and Gumraah.

Ramesh Sippy Academy of Cinema and Entertainment (RSACE), Mumbai was established in 2017 by an Indian film director and producer Ramesh Sippy. It is affiliated to the University of Mumbai and accredited to Garware Institute of Career Education and Development. You can pursue Acting course from this institute.

ZIMA – The Zee Institute of Media Arts is an integral part of Zee Learn Limited, education division of Zee Networks, which is a leading entertainment and media conglomerate. ZIMA Academy for film making and TV Journalism is a media education hub and a talent hot spot for TV, Bollywood and the media world.

10. Centre for Research in Arts, Film and Television - Delhi

Center for Research in Art of Film and Television (CRAFT) is a non-profit organization established in March 2006, in Delhi to strengthen education, training, creativity, research, documentation, dissemination, criticism, distribution, and collaborations across disciplines in the field of film and television. It mainly acts as an Academic Organization which imparts autonomous short term and long term courses related to the film medium. 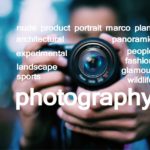