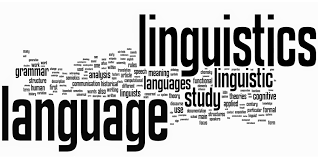 The University of Edinburgh

The University of Edinburgh comes under the top 10 Universities of the United Kingdom, it is ranked in 3rd position and it is ranked as top 1st University for offering the best Linguistic program with an excellent education system in the United Kingdom. It was founded in the year 1582 and is known as the sixth oldest University in English speaking world and one of Scotland’s ancient Universities. The University has five main campuses in the city of EDINBURGH with many of the buildings in the historic old town belonging to the University. The University plays an important role in leading EDINBURGH to its reputation as a chief intellectual center during the Age of Enlightenment, contributing to the city being nicknamed the ‘Athens of North’. This is one of the best Universities for Linguistics program in the UK.

Their strategy for the next decade, on the following pages they have outlined their plans for the future, and you will see that their direction is led by a distinctive, honest, and realistic set of guiding principles and goals.

Their vision to deliver excellence in 2030 is rooted in their values, with a focus on four key areas: people, research, teaching and learning, and social and civic responsibility.

In learning about their bold strategy for the future, I hope you will be inspired to join their efforts and help us to bring these plans to fruition.

The undergraduate program, postgraduate program, post-graduate online learning, international students, English language education, international foundation program, and some others these programs include degree related Linguistic program So the students who all are interested in being a part of this University they all can apply for their admissions and for collecting more details about the scholarships and fees structure they must go and check Universities website

University of Cambridge comes under the top 10 Universities, it is ranked on 4TH position and it is noted as top 2nd University under the list of offering best Linguistic programs in the United Kingdom. It is a collegiate research university in Cambridge, United Kingdom and it was founded in the year 1209 and granted a Royal Charter by King Henry III in 1231, Cambridge is the second oldest University in English speaking world and the world’s fourth-oldest surviving University. The University grew out of an association of scholars who left the University of Oxford after a dispute with town’s people. Cambridge formed from a variety of institutions includes 31 semi-autonomous constituent colleges.

The University of Cambridge is a confederation of Departments, Schools, Faculties, and Colleges

Their mission is to contribute to society through the pursuit of education, learning, and research at the highest international levels of excellence. Their core values are freedom of thought and expression, and freedom from discrimination.

The University also offers an ample number of Scholarships to their students with different schemes under it and also with a fee reduction scheme. The students who all are interested can apply for any of the scholarships.

Based on the undergraduate program, postgraduate program, research degree program, and short courses and these programs include degree courses related to Linguistic program or other programs. So the students who all are interested in being a part of this University all can apply for their admissions and for gathering more details regarding the admissions process for international and domestic students they must go and check the Universities website.

University of Oxford comes under the top 10 universities, it is ranked in 5th position and it is noted as the 3rd best university in the list for offering the best Linguistic program with an excellent education system. It is known as the collegiate research University in Oxford, England. There is evidence of teaching as early as 1096 making it the oldest University in English speaking world and the world’s second-oldest university in continuous operation. After the dispute between students and Oxford Townsfolk in 1209, some academics fled north-east to Cambridge where they established what became the University of Cambridge.

The basic information about the university

Their vision is they will work as one Oxford bringing together their staff, students, and alumni, their colleges, faculties, departments, and divisions to provide world-class research and education. They will do this in ways that benefit society on a local, regional, national, and global scale. They will build on the University’s long-standing traditions of independent scholarship and academic freedom while fostering a culture in which innovation and collaboration play an important role.

The university offers an undergraduate program, graduate programs, research degree program, and other short courses related to the degree of Linguistic program, and under that, there are several courses. So the students who all are interested in being a part of this University they all can apply for their admissions and for gathering more details regarding admission process for both the international and domestic students they can check more details regarding scholarships and fee structure on universities website.

University College London comes under the top 10 universities of London, it is ranked in 12th position and it is noted as the top 4th university for offering the best Linguistic programs with an excellent education system in London. It is a public research University and officially known as the University Of London in the year 2005. It is a member institute of the federal university of London, United Kingdom and it is the largest University in the United Kingdom by total enrollment apart from the Open University. It was established in the year 1826 by founders and this college was the first university institute to be established in London.

UCL is a diverse global community of world-class academics, students, industry links, external partners, and alumni. Our powerful collective of individuals and institutions work together to explore new possibilities, their distinctive approach to research, education, and innovation seeks to further inspire their community of staff, students and partners to transform how the world is understood, how knowledge is created and shared, and the way that global problems are solved.

The University offers undergraduate, graduate taught and graduate research programs and these programs include a total of 54 degrees in it. So the students who all are interested in being a part of this University all can apply for their admissions in their course of interest. The university has different admission criteria for their domestic and international students and they also provide scholarships to their students, they have different fee structures for both of them. The once who all are interested in applying for any of the degree course they can

These were Top 4 Universities for Linguistics program in the UK.

Top 4 Universities for psychology in the UK

Top 4 Universities for veterinary science in the UK

4 Universities for Classic and Ancient history in UK 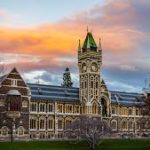 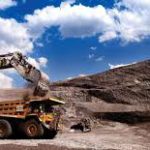