Racism In The United States Racism and the United States

Racism is the belief that groups of humans possess different behavioral traits corresponding to physical appearance and can be divided based on the superiority of one race over another. It may also mean prejudices, discrimination, or antagonism directed against other people because they are of a different race or ethnicity. Racism is a systematized form of oppression that is developed by members of one race to persecute members of another race. Judging someone by the color of the skin is ignorant, their skin complexion has nothing to do with their morals, intelligence, and beliefs.

Racism In The United States has existed since the colonial era, it involved laws, practices, and actions that discriminated against various groups which adversely impacted them based on their race/ethnicity, while White Americans enjoyed legal or social sanctioned privileges and right the members of other race or minorities were deprived of them. Research has found extensive evidence of racial discrimination in various sectors of modern U.S. society, including criminal justice, business, housing, health care, media, and politics in recent years in the United States. The United States has projected itself as a global leader of liberty, democracy, and freedom.

But on questions of race, America has consistently been on the wrong side of history — and the world has noticed. More than 150 years after the 13th Amendment abolished slavery in the United States, most U.S. adults say that the legacy of slavery continues to have an impact on the position of black people in American society today. More than four-in-ten say the country hasn’t made enough prgress toward racial equality, and there is some skepticism, particularly among blacks, that black people will ever have equal rights with whites, according to a new Pew Research Center survey. Black and white adults have widely different perceptions of how blacks are treated in America, but majorities of both groups say blacks are treated less fairly than whites. Three in four US black people believe that the country’s criminal justice system favors whites.

Sectors Of America Indulged in Racism

A 2013 study found that eBay sellers of iPods received 21 percent more offers if a white hand held the iPod in the photo than a black hand.

A 2014 meta-analysis of racial discrimination in product markets found extensive evidence of minority applicants being quoted higher prices for products.

A 2015 study using correspondence tests “found that when considering requests from prospective students seeking to mentor in the future, faculty were significantly more responsive to White males than to all other categories of students, collectively, particularly in higher-paying disciplines and private institutions.

In August 2020, the US Justice Department argued that Yale University discriminated against Asian candidates based on their race, a charge the university denied.

A 2019 review of the literature in the Annual Review of Public Health found that structural racism, cultural racism, and individual-level discrimination are a fundamental cause of adverse health outcomes for racial/ethnic minorities and inequities in health.

Studies have argued that there are racial disparities in how media and politicians act when faced with drug addiction where the victims are primarily black rather than white, citing the examples of how society responded differently.

According to a 2011 analysis, “whites are nearly four times as likely as minorities to win a pardon, even when the type of crime and severity of sentence are taken into account.

A 2018 study found that judges gave longer sentences, in particular to black defendants, after their favorite team lost a home game.

Racial disparities in the criminal justice system have been in the news for the last several years following a series of high-profile instances of black Americans killed by police, like Eric Garner in New York City, Michael Brown in Ferguson, Tamir Rice in Cleveland, Freddie Gray in Baltimore and Philando Castile in Minnesota.

“Views of Trump’s handling of race relations are far more negative than views of how Obama handled the issue.”

In 2012, a 17-year old African-American student, Trayvon Martin was shot dead by a private guard George Zimmerman. He was initially charged for the murder but was later acquitted. This gave rise to the “Black Lives Matter movement” which went viral over social media as ‘#BlackLivesMatter’. This incident took place under the leadership of the first African-American President of the US Barack Obama.

In the year 2014, Michael Brown was shot dead by a police officer in Ferguson who was later acquitted. After the acquittal of the police officer, violence broke out in the city, and the army was called in to control the situation.

Till date, racial discrimination can be seen in the US police department. Many African-Americans have lost their lives due to law enforcement officers.

On May 25, 2020, George Floyd, a 46-year-old black man, was killed by a white Minneapolis police department officer, Derek Chauvin, who forced his knee on Floyd’s neck for a total of 8 minutes and 46 seconds. All four police officers present were fired the next day and later arrested. Derek Chauvin was charged with second-degree murder, and the other three officers were charged with aiding and abetting second-degree murder. Floyd’s death sparked a wave of protest across the US, beginning in Minneapolis.

“No one is born hating another person because of the color of the skin, or his background, or his religion. People learn to hate, and if they can learn to hate, they can be taught to love, for love comes more naturally to the human heart than its opposite. 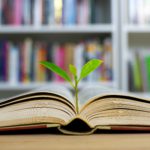 9 Colleges to Study Spanish in USA at the undergraduate level