University of Oxford comes under top 10 universities, it is ranked on 2nd position and it is noted as 1st best university in the list for offering best History programme with excellent education system. It is known as the collegiate research University in Oxford, England. There is evidence of teaching as early as 1096 making it the oldest University in English speaking world and world’s second oldest University in continuous operation. After the dispute between students and Oxford Townsfolk in 1209, some academic fled north-east to Cambridge where they established what became the University of Cambridge

They university offers undergraduate programme, graduate programmes, research degree programme and other short courses related to the degree of History programme and under that there are several courses. So the students who all are interested in being a part of this University they all can apply for their admissions and for gathering more details regarding admission process for both the international and domestic students they can check more details regarding scholarships and fee structure on universities website.

University of Cambridge comes under top 10 Universities, it is ranked on 3rd position and it is noted as top 2nd University under the list of offering best History programmes in United Kingdom. It is collegiate research university in Cambridge, United Kingdom and it was founded in year 1209 and granted a Royal Charter by King Henry III in 1231, Cambridge is the second oldest University in English speaking world and the world’s fourth oldest surviving University. The University grew out of an association of scholars who left the University of Oxford after a dispute with town’s people. Cambridge formed from a variety of institution includes 31 semi-autonomous constituent colleges.

Based on undergraduate programme, post graduate programme, research degree programme and short courses and these programmes include degree courses related to History programme or other programmes. So the students who all are interested in being a part of this University they all can apply for their admissions and for gathering more details regarding admissions process for international and domestic students they must go and check Universities website.

London school of economics and political science comes under top 10 universities of Unites Kingdom, it is ranked on 5th position and noted as the top 3rd university in the list of offering best History programmes with excellent education system in United Kingdom. It is known as public research University Located in London and a member institute of federal University of London. It was founded in 1895 by FABIAN society member Sydney Web, Beatrice Web, graham Walls and George Bernard Shaw for the betterment of the society. The University joined the University of London in 1900 and established its first degree course under the auspices of the University in 1901. The University started awarding its own degree in its own name in 2008.

The basic information offered by the University is based on:

The University has total 28 departments. The School has grown from 200 students in 1895 to around 11,000 students and 3,000 staff today. We have count 18 Nobel Prize winners among our staff and alumni, and numerous world leaders. They’re from more than 160 countries, and they have a global network of more than 145,000 alumni. With an ever-growing alumni community spanning six continents, LSE is a gateway to global citizenship.

Include undergraduate programme, graduate programme and research degree programmes and short courses and these all programmes include courses related to History. The university offers scholarships to their students. So the students who all are interested in being a part of this University they can apply for their admissions and for collecting more details they must go and check Universities website.

KING’S COLLEGE LONDON comes under top 10 universities of London, it is ranked on 14th position and it is noted as top 4th college for providing excellent History programmes with best education system in London United Kingdom. It is known as a public research university situated in London as a founding college and member institute of federal University of London. This college was established in year 1829 by King George IV and Arthur Wellesley, 1st Duke of Willington When it received its first royal charter and also is one of the oldest University in England, in year 1836 this college became one of the two founding college of the University of London.

Their Strategic Vision, launched in January 2017 takes us to their 200th anniversary in 2029 and builds upon their history of making a full contribution to society. They will continue to focus on world-leading education, research and service and will have an increasingly proactive role to play in a more interconnected, complex world. They will continue to expand the huge contribution King’s makes to London and through that a national contribution within the UK, and beyond that to an international community that serves the world. 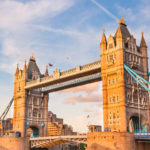