The Graduate Record Examinations (GRE) is a standardized test that is required for many graduate school programs in the United States, as well as in other countries. The test is intended to measure a candidate’s verbal reasoning, quantitative reasoning, and analytical writing abilities. The verbal reasoning section of the GRE consists of two types of questions: text completion and sentence equivalence. Text completion questions require the test-taker to fill in one or more blanks in a sentence with the appropriate word or phrase, while sentence equivalence questions require the test-taker to select two words or phrases that will complete a sentence in such a way that the sentence is grammatically correct and makes logical sense. The quantitative reasoning section of the GRE consists of two types of questions as well: quantitative comparison and problem solving. Quantitative comparison questions require the test-taker to compare two quantities and determine which is greater or if they are equal, while problem solving questions require the test-taker to use mathematical reasoning and problem-solving skills to solve a problem. The analytical writing section of the GRE requires test-takers to write two essays: one analyzing an issue and one analyzing an argument. The issue task requires the test-taker to take a position on an issue and support that position with evidence and examples, while the argument task requires the test-taker to evaluate an argument and discuss how well the argument is supported. Overall, the GRE is a comprehensive test that assesses a candidate’s abilities in verbal reasoning, quantitative reasoning, and analytical writing. It is an important factor in determining a candidate’s suitability for graduate school programs, and as such, it is essential for candidates to prepare thoroughly for the test in order to achieve the best possible score. Additionally, it should be noted that, while the GRE is often required for admission to graduate programs in the US and other countries, it is not the only factor that is considered. Factors such as the candidate’s undergraduate GPA, relevant work or research experience, and letters of recommendation are also taken into account. Additionally, many programs will have specific requirements, such as minimum test scores or a certain number of years of work experience, that must be met before a candidate is considered for admission. The Graduate Record Examination (GRE) is a standardized test required for many graduate school programs in the United States and other countries. The test measures a candidate’s verbal reasoning, quantitative reasoning, and analytical writing abilities. In order to take the GRE, test-takers must first register for the test. In response to the COVID-19 pandemic, ETS – the organization that administers the GRE – introduced the option to take the GRE at home. This option allows test-takers to take the GRE from the comfort of their own home, rather than having to go to a physical test center. Here are the steps for registering for the GRE at home: 1. Create an account: The first step in the registration process is to create an account on the ETS website. This can be done by providing personal information, such as name, address, and contact information. Once the account is created, test-takers will be able to access their account at any time to view their registration information and test scores. 2. Choose a test date: Once the account is created, test-takers can choose a test date. The GRE at home test is offered on specific dates only and it’s important to check the availability of test dates as they may vary depending on location. 3. Pay the test fee: After choosing a test date, test-takers must pay the test fee. The fee for the GRE General Test is $205, and test-takers may be eligible for a fee reduction if they meet certain eligibility criteria. The payment can be made online through the ETS website using a credit or debit card. 4. Confirm your eligibility: The ETS will verify the test-taker’s eligibility and equipment requirements to ensure that the test-taker can take the test from home. Test-takers will need to provide a clear photo of themselves along with the required equipment and test environment to ensure they meet the requirements. 5. Receive a confirmation email: After ETS confirms the test-taker’s eligibility, they will receive a confirmation email with instructions on how to download and install the required software, as well as information about the test day procedures. 6. Take the test: On the test day, test-takers will need to log into the test using the provided link and follow the instructions provided. The test will be proctored remotely, and test-takers will need to have a working microphone and camera to take the test. It’s important to note that test-takers should register well in advance of 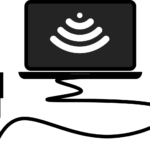 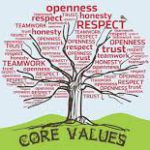 5 moral values for every working professional