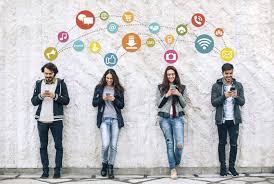 In this growing era of social media in teenagers and students, it is necessary to know whether social media does more positive or negative to mental health. According to a report from the Pew Research Center, almost 95% of teens have smartphones, and about 75% of teens are on various social networking sites and, about 85% are on YouTube. Here we will discuss some negative impacts of social media on student’s mental health-

Social media in today’s’ world is the biggest time waster. Not just teenagers, even adults are so much into social media that they overlook the time. Furthermore, students use social media in classrooms during lectures. Additionally, waste their free time scrolling the screen and eventually end up getting addicted to it.

Social media many times causes social problems as teenagers on social media writes and comments publicly. It may hurt sentiments and, viewers may not like it. Also, there is a lot of disturbing content that can implant the wrong mindset in students. Students many times feel inferior as they tend to compare themselves with others.

This is one of the most concerning the negative impact of social media on student’s mental health. Students nowadays like to sit and play online rather than going out to play in an open ground. As a result, because of a lack of physical exercise and movement, teenagers are prone to obesity and depression. Fresh air is a requirement of a healthy mind.

There are many articles and posts related to social issues and current affairs. But, some of these articles contain inappropriate content. As a result, students may get influenced by anti-nationalist and elusive political practices on social media. Many political parties try to inspire teenagers to join them through social media.

Cyber-bullying is one of the most common harassment s faced by people using social media. Teenagers using social media get attacked by hackers and thieves and, many times, get exploited and blackmailed. There are some anonymous applications and software available. To acquire data of users, such applications ask for permission and, users generally permit without giving a second thought. As a result, they use this data to earn money.

You can always ask for help when facing cyber bulling.

Students discuss social media in the classroom, causing distraction and low concentration levels in them. Also, students tend to check social media while doing some work. It results in low productivity. As a result, grades and academic performance of students degrade.

On social media, there is no privacy of data. And also, the data shared is accessible to anyone and, people tend to exploit it. Hackers use bank account details for fraud to earn money. People tend to share details without a background check and end up regretting it.

Students deviate from career and personal development goals by the overuse of social media. Some students get attracted by social media and waste their time by using it continuously. By this, they get deviated from their path and end up doing something average.

After seeing various social media posts and articles of actors and other famous personalities. As a result, teenagers tend to attract to unrealistic beauty and material things. After seeing others, students compare themselves and desire similar things that they might not be able to afford. As a result, many teenagers stole money and other items to fulfill their desires.

You may also like finding some benefits of social media and how it helps the students. 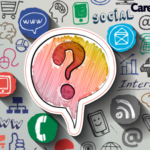