Things to know about DMIT Dermatoglyphics is derived from ancient Greek where Derma means “skin”
and Glyph means “carving”. It is a science that is devoted to studying the
patterns on the skin (fingers, toes and palms) commonly known as
fingerprints. DMIT (Dermatoglyphics Multiple Intelligence Test ) is a biometric test that is used to study the relation between these skin patterns (frictional ridges) and the areas of brain. DMIT claims to be a measure of intelligence and inborn potential of humans through the method of analyzing their fingerprints. They believe that personality, intelligence and innate abilities are formed when the fetus is in the womb and thus, there lies a close relation between the brain and fingerprints.

How are fingerprints formed?

Fingerprints are the unique identification of every individual. No two people, not even identical twins, can ever have the same pattern of fingerprints. Research studies are still working to understand the usage of fingerprints by humans. Fingerprints are formed by a combination of genetic and environmental factors.  There are several genes which are responsible for determining the size, shape and spacing of the pattern whereas, the unique identification comes from the placement of fetus in womb and chemical changes taking place during the development. They are formed when the pressure is exerted onto the fetus when fetus is in the womb of his/her mother.

Can fingerprints be used to determine the career?

Research reveals that fingerprints are formed by the combination of genes and chemical reactions taking place in the womb and in order to determine career one should always consider various aspects such as intelligence, aptitude, interest and personality. These aspects are determined by both genetic and environmental factors (Nature vs. Nurture). Thus, an informed decision should always be based on the understanding of genetic and environmental factors.

Dermatoglyphics and Theory of Multiple Intelligence

These patterns or ridges are formed when fetus is in the womb during 13-19 weeks. These ridges on skin are found to be formed by combination of the genetic as well as the environmental factors (chemical reaction, pressure). Dermatoglyphics was invented by Dr. Harold Cummins and was combined with the theory of Multiple Intelligence by Dr. Howard Gardner.

The theory of Multiple Intelligence talks about 8 different types of intelligence:

DMIT claims to measure the Multiple Intelligence, the personality and inborn potential of the individual. But, researchers have claimed that there is no empirical evidence for the theory as he has defined intelligence as a very broad term and has taken personality, aptitude under the category of intelligence.

DMIT can be used in among various age groups such as from age of 3 years to 25 years and above. DMIT supporters claim that it is used in schools, corporates, career counseling and teacher training.

1. The fingerprints are collected from the fingers of the person

2. The results of ridges are then manually counted and a detailed analysis is done with the help of software, dermatoglyphic experts say

3. Based on the data collected, a report is formed. The report is interpreted by the experts and is explained to the person/ parents.

DMIT supporters claim that DMIT helps an individual to understand

Should I go for DMIT or Psychometric tests?

Psychometric tests are standardized tests, which means that they are valid
and a reliable source based on the norms. They assess both internal as well
as external factors before generating the results. Whereas, DMIT assesses
only the internal factors as it works on analyzing the fingerprints. Thus,
genes should not be considered sole determining factor.

Here’s a video on how to take psychometric test–

Secondly, the concept of brain plasticity is totally denied in DMIT which
states that brain has the ability to learn new things and the ability to
develop. As plasticity of brain is a scientific concept and we know that
fingerprints are formed in womb then it is evident that no such relation
between brain and fingerprints.

Thirdly, DMIT is developed on the Gardner’s Theory of Multiple
intelligence, which talks about 8 types of different intelligence such as
(linguistic, spatial, musical, interpersonal etc.) but there are no empirical
evidences for the same as he has defined intelligence as a very broad term
and has taken personality, aptitude under the category of intelligence.

This is an end to the article on all you need to know about DMIT, hope it solved all your queries. For more information or questions you can comment down below… 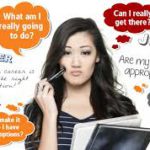 Why should you be concerned about your career 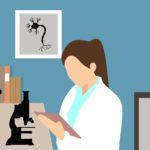