Film-Making is not limited to working for the TV Industry or the mainstream film industry. As the internet is booming, Youtube, Netflix, and other many online streaming platforms. A good Film-making course will teach you a nuance of film making and aspects of film-making such as writing, acting, direction, cinematography, Animation, Film production, etc. You can also choose to specialize in any one aspect. There are a plethora of opportunities in front of an aspiring film-maker. In this article, we will explore the top 7 Film-making University in Canada. This article will discuss in detail about fee-requirements, admission details, academic requirements, and any other necessary aspect. The admission to these schools depends on your academic background as well as on any artistic experience in the field of Film-making or in the field that you want to study.

VFS was established in 1987 and has won many accolades since then. The programs are recognized not just in Canada, but internationally as well. The Film School has a very wide range of programs to choose from. Some of the programs that are offered by the Film School are Acting for films&television, Animation Concept Art, Game Design, Film Production, and much more.

All international students are required to demonstrate English Proficiency by giving IELTS or TOEFL exams. Some of the courses may require higher proficiency than others. Check the details here.

Toronto Film School offers diploma programs in Film& TV production, Writing for Film&TV, Fashion Design, and much more. Learn more about the programs here. The programs offered by the Film School are career-focused and application-oriented. The University has ties with many big companies in the Film-making sector. The Duration for Diploma program ranges from 1 year to 3 years. The University is offering several online programs amidst the pandemic.

The Department of Theatre and Film at the UBC offers undergraduate, graduate, and doctorate programs in Film and Theatre. The programs are BA, MA, and BFA, MFA (Fine Arts) in Theatre and Film-making. The University has many notable alumni who have worked in famous TV shows and movies.

This program will help you explore your creative, technical, and academic abilities through the discipline of film and theatre. The Fine Art program has three main elements. They are acting, design and production, and film production. Learn more about the program here.

The Creative Arts Department at the Red Deer College offers two bachelor level programs in Animation and Film-making. The programs offered by the college are Bachelor of Applied Arts, Film, Theatre and Live Entertainment and Bachelor of Applied Arts, Animation, and Visual Effects. The programs will focus on teaching you many crucial skills in film-making such as the foundation of communication, storytelling, directing, and business skills.

The School of the Arts, Media, and Design offers various film-making programs the York University. Some of the programs offered by the department are BFA in Media Arts, BFA in Cinema and Film Studies, and BFA in Screen-Writing. Joint programs and Graduate programs are also offered. Some of the other certificates, joint, and graduate programs offered are Digital Media, Studio, Theatre& Performance Studies, etc. Check the detailed program list here.

The admission is based on both academic excellence and artistic ability displayed in the past. Application and portfolio are looked upon in the decision process. Learn more about the admission process here.

Concordia University and the Mel Hoppenheim School of Cinema offers various programs in film production, Film Animation, and in Studies. The University offers programs in Bachelor in Fine Arts and a Master in Fine Arts in Film Studies. The Fine Arts programs provide you hand-on training in theatre and film-making along with the necessary theoretical aspects. The programs are offered both in French and in English.  Some of the skills that these programs focus on are cinematography, sound, or fiction-film-making.

The admission here is dependent upon your academic records as well as on your interest/experience in film-making or film-production.

The School for the Contemporary Arts at Simon Fraser University offers programs in Film, Music, Theatre performance, Theatre production& Design, and other performing arts field. The program in Film studies has three possible options for study. They are Major in Film (BFA), Extended Minor in Film, and Minor in Film and Video Studies. Other than this students can choose to do the interdisciplinary programs with Visual Arts, Theatre, Music, and Art. Explore the programs here.

Students produce various short films and videos in the span of their three or four years Bachelor’s or Master’s program. Read about the Admission requirements here. 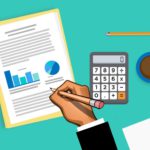 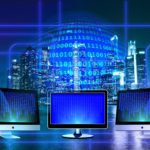