Books are the best friends of humans. The best thing about books is that they give us knowledge selflessly. There is no friend as loyal as a book. Books are the ocean of words & it costs nothing to dive in such a vast & diverse ocean. Your enthusiasm is the only currency that you have to pay for a book. Books are magical as they take on a world tour just by sitting in a corner of a room. Books give the opportunities to live hundreds of lives right from the ancient kings & queens to the detective Sherlock homes & till date the biographies of the famous personalities. here you get enthusiastic books for 9th. An enthusiastic book is a dream you hold in your hand. Here in this article, you will get to know a few enthusiastic books for 9th students who are worth reading.

I am Malala is an autobiography written by brave girl Malala Yousafzai. She writes in her autobiography, that how she fought for the right to education of girls. She speaks about the very powerful group of beasts called TALIBAN. Malala’s father had shut down the school for girls because the Taliban was found bombing around the schools which her father had owned. Even though she decides to fight for her rights & end up going to a secret school with her friends. One day she was found the Taliban & he shot her on the left side. After moving to many hospitals, she was finally shifted to a hospital in Birmingham, where she was taken proper care. After this incident, her father decides to shift to Birmingham for the better future of Malala & her brothers.
This novel teaches us that education is everyone’s right. We should always fight for rights.

The author of Altiantia is Ally Condie. Here the story is about a young girl Rio, who is the eldest among her sisters. Her younger sisters are twins. These sisters live in on the land that is an underwater city known as Altiantia & each one of them wants to explore the world above the waters. There is a ritual, to be performed by those who wish to explore the world above & the one who performs this ritual and sacrifices it for the other gets a better living in the Altiantia. Rio gets the opportunity to explore the above world but she loses her siren voice. The story is mysterious.
This novel teaches us that dreams are achieved outside our comfort zone & we need to make some sacrifices for it.

George P. Pelecanos the American author has written this book, the night gardener. It Is a detective novel. A trio of murders is linked in a single suspect. All the 3 victims were found shot through the head in a community garden. Ramone is the lead character, who is a veteran homicide detective & becomes involved in the case which has all the hallmarks of a palindrome murder.
The themes of the story are that a good story can save the day & to work hard for what you want to get accomplished.

Twilight is a story of vampires authored by Stephenie Meyer. Everyone must have watched the series of this book, named the same, Twilight. The only reason to read the book is that it gives a detailed story which is not been covered in the movie.

Every Day is a young adult romance & fantasy novel authored by David Levithan. It is a story about a person who wakes up with a different body each day. He has no real name, as it a virtually imagined world. They’re not person, but sprits switching without choice form one host to another. It is a mysterious story & everyone must read it.

The diary of a young girl

The diary of a young girl is an autobiography, written by Anne Frank. She describes her life before & after the invasion of the Nazis. She narrates the story of injustices done to the Jews in Nazi Germany. She tells how the Jews were undergrounded t save themselves from being sent to concentration camps. One must read this book as it tells the suffering of the Jews.
The book teaches us that everyone has the right to live, the weather is black or white.

I know why the caged bird sings

This is a book by Maya Angelou, is an autobiography describing the early years of American writer & poet Maya. The story illustrates how the strength of character overcomes racism & trauma. She narrates how she transformed herself from an inferiority complex to a self-possessed, dignified young woman capable of responding to prejudice. She writes about male dominance in a women’s life. The title of the story is the metaphor of a bird struggling to escape its cage.

“A room without books is like a body without a soul”. Keep reading enthusiastic books. In this article, you get the best Enthusiastic books for the 9th students which will inspire you in your life and in the future. 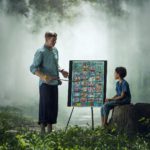 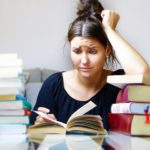 Overcome lack of concentration while studying in class 9th 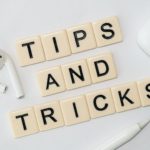 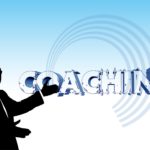