Science fiction (also called SCi-fi or SF) is a genre which deals with the imaginative concepts of Science which are derived from any hypothesis (speculations), proved ones or which can be futuristic. In a word, it deals with the concepts of ‘Advanced Sciences’. Making movies where the story line is based on the Advanced Sciences  or using the theories/concepts of it are called Sci-fi movies. Some of the concepts include Time-travel, Space travel, Extra-terrestrial life, Working on new Species etc.,

Every person feels excited if they hear any movie when it is an action packed one or any suspense-thriller. Most of the Sci-fi movies are action packed or suspense-thriller or both. Watching those movies increases the scope of  knowledge of the student and imagination skills. He/She may get inspired from what they watch. For example, “Star Wars” is a movie which is entirely based on Space travel and wars in Space. Try to watch at least 4 out of 10 Sci-fi movies to increase the awareness on the Advanced Science. To help you guys, I got some of the best Sci-fi movies from which you may get inspired:

Interstellar is one of the best Sci-fi movie which got the most stupendous reviews from the audience. This movie focuses on the search for an extraterrestrial habitable planet.  The lead actors travel to space in a Space Shuttle when they got to know about a worm hole (which acts like a tunnel to other points in Space) and enter into that to search for an another habitable planet in the Space. Besides that, they face many problems when they try to escape a planet, they even encounter a black hole consuming a star, Time Dilation, Entering into different Dimension world, Time Paradox etc., A must watch Movie for students or anyone above 15 years of age. They will get to learn about many Science theories and Advanced Physics and fascinating concepts of it.

The Andromeda Strain is a Sci-fi movie where a team from an air force are sent to check for a military satellite which has returned to Earth. The team reveals that everyone in Piedmont, Arizona, the town closest to where the satellite landed is dead. The duty officer of the base suspects that it returned with an extraterrestrial contaminant. Later, the officials get to know that the satellite returned with a deadly virus which has killed thousands of people in that place. The rest of the story is what you got see which involves thrilling sequences like how few survive it, how they escape from it, how they control that contagion.

A recommended movie which gives you a higher insight on how contagion would be, how people get to overcome are the takeaways. There are similar sci-fi movies to this which are “Contagion”, “Viral” etc.,

Gravity is a phenomenal Sci-fi movie which has heavily impressed the audience throughout the world. This movie is about a crew trying to return back to Earth  from the Space Shuttle after getting hit by a Space debris which happens because of a Russian Missile Strike. When Mission Control in Houston warns about a Russian missile strike on a defunct satellite,a chain reaction formed a rapidly-expanding cloud of space debris, ordering the crew to return to Earth immediately. Communication with Mission Control is lost shortly thereafter as more and more communication satellites are knocked out by the debris. How the people escape that situation and what actions they need perform to get out to reach Earth will be the story.

The person who watch this will get to know about Gravitational Physics, Astronauts , the work of Engineers etc., One may get too much fascinated about Space Sciences and may get higher insights on Space Sciences. This is a must watch movie especially for the students.

Ex Machina is a different movie from normal Sci-fi movies as almost every Sci-fi movie involves at least few action sequences but this movie is a Sci-fi thriller. The story line up is: a young talented programmer(Caleb) gets an offer from a guy(Nathan) who is running a company of making robots and he want to test them. He wanted to perform a turing test to a robot where it has to go multiple trials to think as a humans. To train that robot, Nathan uses the  facial expressions data of many humans according to the situations, actions etc., He want to make a perfect model and want to produce more robots of that kind. He performs 5-6 Turing tests. But later, the Caleb gets to know that the Nathan’s intention was bad.
How Nathan knows about it, how the Robot(Ava) explains the bad intention of Nathan, what happens finally, is the story.

A recommended movie especially for the students aged 16 and above. This movie is a highly rated movie by the audience. Though this movie goes slowly and bit dull, but it can be watched at least once and you’ll get to know what is Turing test, AI in robots.

Ant-Man is a very famous MARVEL movie which is watched by many people in the world. The first part is “Ant-Man” and its sequel, the second part, is “Ant-Man and the Wasp“. These two Sci-fi movies with other several Movies story are linked to each other and gets concluded in an extremely famous movie called “AVENGERS ENDGAME“.

Coming to the story, Scott a thief who do robbery for living, gets an opportunity to work with a Scientist Hank Pym who works with quantum particles. He is a Scientist who deals with Quantum Physics and works with Quantum Particles. He prepares a suit which can shrink to an extremely small size that it can go sub-atomic. The hero wears that suit, takes training to become strong and sync with ants to communicate. In the previous days, Hank and his wife were on a mission. In the process to make that mission successful, Hank’s wife goes sub-atomic and enter into Quantum Realm. This was the actual gist of the story.

How Scott helps Hank to achieve his goal is the first part and how they get back Hank’s wife from the Quantum Realm (which is depended on the first part) is the second part, which forms a continuation for the Movie AVENGERS ENDGAME.

AVENGERS ENDGAME is the biggest Movie of the decade on the Earth. This is the movie which is a conclusion for all the Marvel movies or the Avengers Era which started on 2008 from a movie named “Iron Man”.

**Spoilers Alert** If you want to watch this movie, first watch all the 17 movies before this(most of them were Sci-fi). Web Surf about those Movie series of Avengers, watch them and then come to watch this.

This is the second highest box office collection movie where it was very closer to the first one which is “Avatar”.

This movie is the entirely a Sci-fi, action one. This involves Time-travel by entering into Quantum Realm(exactly, Ant-Man movie concept) where the Avengers travel to past to bring back the snapped people by Thanos who were disappeared from Space-Time when he used the “Infinity Stones”. You can get to know about Quantum Physics in different perspectives and notion. If you want to know about what I said in the previous points, watch all the movies where everything comes to conclusion in 2 parts. The first final part “AVENGERS INFINITY WAR” and the completion part “AVENGERS ENDGAME“.

You’ll enjoy a lot and get inspired in several ways. The biggest must watch movie series.

Star Wars is one of the biggest films in the world which is a Sci-fi movie series. As the name indicates that this movie is entirely based on Space wars. There are 9 parts of this movie. Every part of this movie involves Space Travel where the people visit different planets to explore something. You will get to know about many things like study of planets, Galaxies, Astrophysics terminology like A.U, parsecs etc.,

A recommended movie for all the people of any age. Watch all the parts of the movies at least once.

As the name Martian says this movie is entirely based on Mars Mission where the team of few members land on Mars and try to explore the things.. After sometime, a fierce storm starts and these members try to escape from the planet by Space Shuttle. In that process, they leave behind the  protagonist (Matt Damon) and they blast off from the Mars presuming he’s dead. The protagonist has to live on the Mars with what he has left and has to survive with he has. He records the things what he do when he was alone there.

Meanwhile, back on Earth, members of NASA and a team of international scientists work tirelessly to bring him home, while his crew mates hatch their own plan for a daring rescue mission.(Wiki)

This is one of the highly appreciated Sci-fi movie. A must watch movie for the students. One may get higher insights on Mars planet like temperature, weather conditions, about the resources etc., NASA is planning Mars mission where a human is sent to Mars after a serious study, observations and research. They already mull about the challenges and are getting ready for the mission.

Geo Storm is a very good Sci-fi thriller movie which focuses on saving the Earth from a storm which causes massive destruction which is in-turn  caused by malfunctioning climate-controlling satellites. A satellite designer tries to save the world by fixing the problems which occur in the satellite. Though this movie is a very underrated one but this gives the insight on technology, how technology affects the weather etc.,

Don’t get disturbed by the ratings and reviews, do watch at least once.

The Annihilation movie is also a highly appreciated Sci-fi movie. Lena, a biologist and former soldier, joins a mission to uncover what happened to her husband inside Area X — a sinister and mysterious phenomenon that is expanding across the American coastline. They discover a world of mutated landscapes and creatures. Mutated beings are the beings who DNA undergo alteration in the nucleotide sequence of the genome of an organism, virus, or extrachromosomal DNA.  The form completely different beings compared to humans. They got to know that those mutated creatures are as dangerous as beautiful, that threatens both their lives and their sanity.
How they stand against it and fight for the what happened is the main story.A must watch film which thrills you a lot.

Finally,
there are many good Sci-fi movies like Imitation Game, Apollo 13, Life etc., which provides a great inspiration for the students or any kind of people. Please do watch those movies which I said. Every movie which I said in the blog are recommended. Watch them in your free time. You’ll enjoy as well learn many things which inspires you to take up something in your career and always remain inspiration in your life.

Hope this blog helps you and please share this blog with your friends, groups or anywhere on the social media.

Thank you for reading… 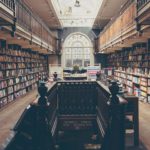 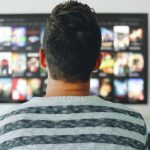 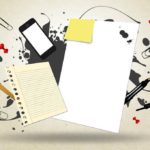