Top 4 colleges for Journalism in India! Journalism is the production and distribution of reports on current events or past discovery. The occupation gathers information and publishes this information. Journalistic media include printing, television, radio, internet, and certain past realities.

The concept of appropriate journalism varies between countries, in certain countries, the news media are controlled by government intervention and are not fully independent.

The first newspaper of India, Hicky’s Bengal Gazette, was published in 1780. This first journalism was short yet it was a momentous development and it gave birth to modern journalism in India.

The employability varies from institute to course.

Indian Institute of Journalism & New Media, Bangalore offers several courses in journalism that includes post-graduation and diploma in various branches. Keeping it in mind, the institute offers courses in print & broadcast journalism, and multimedia journalism. And, with changing time there are additional courses that are optional but allow the student to learn the ethics of profession very early about life. This made the institute to be the best in the country in the field of mass communication.

The programs offered in the college are-

The student needs to clear their 10+2 or higher education with eligible marks for applying in this particular college.

The fees for one year are around 4 lakhs INR.

Symbiosis Institute of Media & Communication, Pune is the part of Symbiosis International University with having multi-campus for private higher education which is headquartering in Pune, Maharashtra. The institution has 38 academic institutions spread in ten campuses. The institutions cover different courses like Law, management, Computer Studies, Media and Communication, Humanities and Social Sciences, Health Sciences and Architecture, and design.

The industries like CNN IBN, Times Now, and the Zee Network recruiting students in the institute year after year. The college also provides with best placement scene with having an average salary of Rs. 3.5 LPA and up to Rs. 7 LPA and also invites foreign placement companies.

The course is of two years of the program, with minimum eligibility for a B.A. degree in Mass Communication. In mass communication, the studies are related to newspapers, magazines as well as radio, film and advertising. The communication further leads to an effect on behavior, attitude, opinion from the person, and information receiving capability.

The BA in Mass communication is of 3 years of a degree.

And for the admission, the student needs to have a minimum of 50% marks in 12th.

The fees for the above course are around 8 lakhs INR.

Lady Shri Ram College for Women, New Delhi was established in 1956 in New by Late Shri Ram having 299 students and nine faculties. And now it has approximately 2000 students with 150 faculties that cover 16 courses of study.

The college offer courses such as-

The B.A. (Hons.) in journalism and mass communication is of 3 years course.

The admission is taken based on the 12th percentage where it should be around 45%.

The fees for the course are around 1 lakh INR.

Christ College, Bangalore was established in 1969 and managed by the Catholic congregation. It is vastly regarded as one of the oldest and most prestigious colleges for arts and science courses. This college is also recognized by University Grants Commission (UGC) and was re-accredited by the National Assessment and accreditation council with an “A” grade in 2016.

Journalism aims for making students better for their careers in Journalism both in print and broadcasting. The course introduces various facts for the profession in journalism with job training.

The B.A. in journalism is about three years course and the eligibility for the admission is that the student needs to pass the 10+2 with good grades. And also have to give an entrance exam named CUET.

The fee structure is about 3 lakhs for the whole program.

Scope for B.com from Delhi University after COVID-19

Top 6 colleges for commerce in India 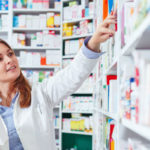