From childhood till our present life, most of us must have felt a lot of heartbreaks, sentiments, love, friendships, etc. Being a college student, this has been a phase in many people’s lives. From watching cartoons to watching web series, from not liking to sit with a boy to falling in love with a boy, we have jumped up to being a grown-up. So, let’s talk about the top 8 web series a college student must watch, and watching it with your pals is a fun way to do it!

Breaking Bad is an American web series which is directed by Vince Gilligan. It was supposed to be set in California and not Mexico. It has a total of 5 seasons with 62 episodes. It tells the story of Walter White, who is a depressed high school chemistry teacher and is struggling with a recent diagnosis of stage-three lung cancer. Although it is a crime drama, there is a lot to learn from it. It revolves around the themes of sin, family, power and its corrupting influence, envy, and regret. Even one of the actors named Aaron Paul got injured during the shoot while doing a fighting shoot. This is one of the best and top 8 web series a college student must watch. Also, the web wanted Matthew Broderick to star. Breaking Bad” concluded by helping Albuquerque become particularly famous and it boosted the city’s economy and tourism firm. This show leaves behind a legacy of great episodic storytelling.

Among the top 8 web series a college student must watch, Kota Factory is an Indian web series directed by Raghav Subbu. It first premiered on YouTube and TVFPlay on 16th April 2019. It is the first black and white web series in India. The series shows the life of a 16-year-old boy, Vaibhav, who moves to Kota from Itarasi. It captures his efforts to get into an IIT and simultaneously shows the life, the students like him, lead in the city. It is an emotional satire on the Indian education system. The director of the show says that through this series, he also aims to change the perspective about IIT preparation and Kota, as he feels that the portrayal of these two has always been one-sided. The words engineering and Kota often emphasize the trauma of the students. The director intends to change the way of thinking of people. Apart from being a satire, the series beautifully shares life lessons and shows the happy side of a student’s life.

Girls Hostel is one of the top 8 web series a college student must watch and it is a beautiful web series available on YouTube that makes you realize the importance of days in the hostel. It makes you realize that the days you are spending in the hostel are precious and won’t ever come back. It tells about a group of girls who come from a variety of backdrops, form unlikely friendships, and go through a series of ups and downs, all together. Directed by Chaitanya Kumbhakonum and written by Shreyasi, this series is about friendship, rivalry, senior-junior bonds, and hostel roommates. It explores the everyday life of four students of a women’s dental college who come together to deal with their issues. The series seems so real that students can relate to the situations being presented.

Laakhon Mein Ek is classified among the top 8 web series a college student must watch. It is an Indian web series created by comedian and former IITian Biswa Kalyan. This is all about a young boy who desires to study at IIT, the group of the most elite engineering colleges in India. Nevertheless, with his coaching, he evolves into something of a misfit. The second season focuses on a new protagonist: a young doctor, Shreya, who is posted in a village to conduct a cataract camp. This web series is available on Amazon Prime Video. The show revolves around themes like parental pressure, peer pressure, substance abuse, discrimination (based on class 10th marks), the condition of education in the country, etc. The series is about the struggles of Akash, a teenager from Raipur, who is sent to an IIT coaching center, Genius Infinity, to prepare for the IIT entrance exam. It has a very engaging and relatable story. It beautifully captures the chaos, confusion, and pressures in the life of a teen. Also, it shows the influence of society in general and parents in particular on a student.

Immature is an Indian web series with only 5 episodes. It is classified among the top 8 web series a college student must watch and is one of the best teen web series till now. Many teenagers could relate to the story. It was released on 20th February on MX Player. It is a refreshing story about adolescence. Till the Fourth episode, it made laugh, and in the last episode outbreak of emotions happened to a heartwarming end. The series has been selected for The Best Web Series Category at CanneSeries 2018. It will let you have a smile on your face throughout. The expert direction and clever writing make even slightly dramatic events feel natural.

The Reunion is available on YouTube. It has been included in one of the top 8 web series a college student must watch. It is not technically a school or college series, but still, it takes you back to the memories of your teenage years. The characters meet for a reunion and reflect upon their current relationships with their former friends and the past they have left behind. Through their journey, the viewers also get a chance to look back on the life they left behind when they started growing up.

Mismatched is one of the top 8 web series a college student must watch. It is a Netflix show. This show is about a boy named, Rishi, a die-hard lover who falls for a girl named, Dimple. The story relates to the college students like Dimple & Rishi in real life. Dimple is bound to become a tech-wizard, while Rishi is more interested in finding himself a wife. It has a bit of everything like romance, fun, friendship, passion, etc. The story is so emotional that it will make you cry and also provides a lot of learning. The series is quite applicable in today’s times, especially for teenagers who are discovering a love for the first time. The show has been loved by many in great amounts. It is definitely a prevailing show.

Engineering Girls is about three girls pursuing engineering. It presents the misadventures of engineering and college from the point of view of girls and not boys. In simple words, it is a story of three girls and their college life. The protagonists deal with a lot of drama and do whatever it takes to make their dreams come true. They deliver excellent emotional speeches as well as comical punches to keep the audience engaged. This is one of the top 8 web series a college student must watch. It is one of the best-endorsed web series where you will get a nostalgia trip.

If you haven’t watched any of these, then you must have to take time off and binge-watch them. You won’t regret and do share your response. Thank you, I hope you liked the article and got a foretaste of the top 8 web series a college student must watch.

Ishika Bhandari relishes being a content writer. She is an enthusiastic logophile and is too devoted to her work. Currently, she is pursuing a Bachelor of Business Administration and is doing her graduation from IP University. She has loved writing since schooling. She is an eloquent writer and an endeavor to change the world. 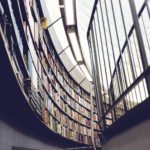 Top 8 benefits of studying Liberal Arts in your college 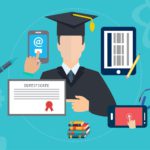 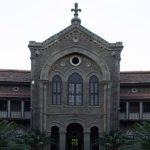 Benefits of Taking English as a Major Subject In Fergusson College 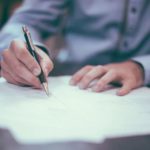