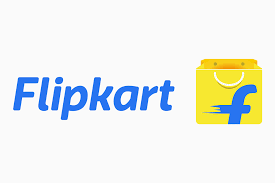 Most of you must have listened about Flipkart, right? Flipkart is the biggest Indian e-commerce company right now. Flipkart was founded by Sachin and Binny Bansal. Today, we are going to discuss about the hardships and struggles they both had to go through to achieve such heights. Their story is really inspirational and will definitely motivate you to never give up. We are also going to discuss about their first order and how it all went. It is quite a tale to tell!

So, it all started in 2007, when IIT- Delhi graduates Sachin Bansal and Binny Bansal were working in Amazon. They both had a dream to build something big and they didn’t know what was around the corner. Then, They started to plan their future in doing something big and came up with an idea. They wanted to change the way books are sold and bought in India. Therefore, they decided to create a website to sell books online.

At that time, internet was not that spread around India. Only few selected people had internet at home and rest were using it from cyber cafes and people were still not aware of online shopping. So, in 2007 both decided to quit their job and started Flipkart.com. it was not easy to quit a well-paying job and start something new. They had their share of hardships but they never looked down.

They had to live in a two-bedroom apartment in Bangalore. The tale of their first order is quite a tail. It is very interesting and shows the spirit of both the co-founders of never giving up. So, it was late October 2007. VVK Chandra, who was a freelance web consultant, was a book enthusiast. His ravenous appetite for books often brought him to Hyderabad, i.e. 90 km away from where he lived. He was crazy about books and had combed the city’s famous bookstores for inspiration. But a particular book he carved: “John Wood’s memoir Leaving Microsoft to Change the World” was not even available in the best book stores in Hyderabad. He went through many hardships but couldn’t find the book he wanted.

As he was a freelance web consultant, he used to blog a lot about technology and the internet. Below one of his posts, a user who had gone by the name Sachin Bansal (co-founder of Flipkart) had casually left a comment with the link to the website www.flipkart.com.

Beginning of the Startup

Being curious as hell, Chandra clicked on the unfamiliar link and found himself on a site that claimed to sell books online and ship them anywhere in India. Chandra was impressed. He hadn’t seen anything like that before. The website looked genuine to him. He was more excited by the website as it was selling the book he wanted.

So, he decided to give this website a go and placed the order. As the order was placed, a cheer of happiness and pleasure went up in the small two bedrooms flat of Sachin and Binny Bansal. They were happy as Flipkart had just taken their baby steps. But soon they realized that the book of which the order was placed was out of stock and unavailable. They were unhappy with this and put their full effort in finding the book. They called up several bookstores across India but didn’t found a copy. Fortunately, they found a copy in a small book store in Bangalore but the condition of the book was not well and the pages had turned yellowish. Binny gave this information to VVK. VVK had no problem with that and wanted that book anyway. Two days later, Chandra received his book at his home in Mahbubnagar.

He was very happy as Flipkart had given him a 10% discount on that book too. He wrote an awesome review on their website. This was the tale of how Flipkart sold their first product. The company which started as an online bookstore grew into the largest e-commerce company of India. Sachin and Binny stood against all odds and raised their company to new heights. Right now, Walmart has taken 77% of Flipkart and Flipkart received a lot of profit from it. Flipkart was innovative. They introduced India with the first every COD or Cash on Delivery option which helped them gain their trust and was something new. Also, They had an idea and correct mindset and they used it to make Flipkart this great. They didn’t give up after facing a lot of trouble while selling their first product. They fought the situation like true entrepreneurs.

Now Flipkart has many subsidiaries such as Myntra, Phone Pe etc. In the financial year of 2008-09, they had made the sale of 40 million USD. This rapidly grew to 200 million USD very shortly. Their story is truly inspirational and motivational as well.

So above was the success story of Flipkart to inspire working professionals. Both Sachin and Binny worked really hard to achieve their dream. They had a vision in their mind and they followed it. It is very inspirational and I think that every working professional can learn something from it. Hope that it was of some help. Best of Luck!!! 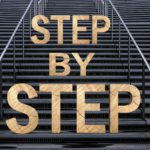