Political Science is not just a field of study to understand the politics of one’s country or the political processes of the world. It is the most important subject in many of the renowned competition exams in India such as IAS, IPS, etc. UPSC competitive exams have political science at the core of their curriculum.

In a carefully designed political science course, you get to learn about different  Political Ideologies, the Indian Constitution: Its articles and laws,  Electoral politics, comparative politics, and quantitative politics. There are many things you can explore and do after a Political Science honors degree. This article will talk about 7 things you can do with a political science honors degree.

Civil Services Exam such as UPSC IAS exams. Political science and current affairs are the core subjects of this examination. With a very low selection percentage, you can make a very stable career with very high income. Some of the most important subjects such as Indian polity, constitution, social justice, Indian heritage&culture, and sociology. Other subjects include International relations, Public administration, Indian History, and Economics.

Indian constitution and legal studies are a crucial part of any political science course. Some liberal arts colleges in India provide law as a minor subject as well. Studying law also requires you to have critical thinking skills and creative thinking skills. You need to think around cases creatively and subjectively. Having a political science degree can provide you an upper hand in pursuing higher studies in Law.

You can get your B.A (Hons) in Political Science and then pursue an LLB. 3-year course. If you pursue your political science from a good DU college, you can also take legal studies with political science. A lawyer can also be a very stable career and can become a high paying job as well.

Political scientists are academics who study elections, governmental systems, international relations,  government policies, exit polls, etc. You need to have a higher education degree such as an MA or P.hD. to be a recognized political scientist. You can be a professor as well later on with such expertise in the subject.

Political scientists do not just study concepts, but they also influence policies. There are many centers for policymaking in India that also pay a handsome salary to you. There are different think tanks in India that also recruit creative people with critical thinking skills. You can work with the government on a project basis.

If you pursue political science from a reputed background, you can advance in higher studies in many other subjects apart from Political Science. You will have a solid foundation with amazing critical thinking skills and problem-solving skills. The reputation and rankings of your university also matter while going for higher studies.

Some of the subjects you can study after a B.A. (Hons) are business studies, management, sociology, international relations, economics, psychology, and so on. The fact is that you will have reasoning, presentation skills, creative thinking skills, or writing skills that will help you in your higher studies as well.

With many startups growing day by day, the social sector is also booming. Gone are the days, when a formal degree was required for you to get a job. Studying disciplines such as political Science or Sociology together provides you an in-depth understanding of society and human behavior. You can get a job into the social sector quite easily with a B.A. (Hons) degree.

Some of the places you can work for NGOs, government organizations, government projects, corporate social responsibility(CSR), etc. You can be a strategy designer or create policies that can be implemented to improve the NGO’s or the project’s work.

Many of the B.A (Hons) graduates decide to take teaching as a full-time career. You can teach in private schools, government schools, coaching institutions, online platforms, and many more. After completing B.A. (Hons), you can pursue B.Ed. (Bachelor in Education).

The demand for journalists, editors, tv writers is increasing day by day as TV media, electronic media, paper media, and online media are also growing at an exponential rate.  Political science provides you an in-depth understanding of political processes and political environment. 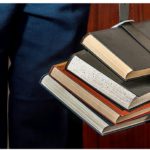 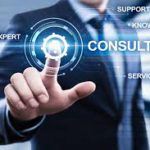 Top 6 colleges for Commerce in India 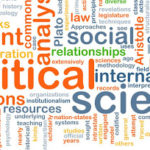