In today’s unequal and diversified world, the youth has learned to raise their voice against issues and provide a long-lasting vision that affects parts of the world or the world entirely. Presently, with the formation of a global community, students are coming together against injustice and trying to do their bit to bring certain change. Here you will find how students are raising their voice against the political dynamics, discrimination through this we can see many students’ activisms.

The youth are the agents of change. In the early years, student activism was based on grievances of the students in relation to political dynamics like during the Vietnam war, the young adults raised their voice through protest marches. It was the student-led movements that first realized the need for peace and brotherhood and worked upon it.

In our country, it was the cultivation of the student-led movements that has to bring forth the changes in the social aspects. They first raised their concerns against civil rights, child labor, voting rights, and rights for the LGBTQ community. The young people aspire for a utopian life and are powerful agents of national and international interests.

How does student activism work?

Student activism starts off with the realization of change. The youth ideal is to channelize their opinion and anger against certain issues into movements to bring forth a certain sense of welfare in society. Though the strategies can be developed individually, student activism is a group effort to break the barriers of civilization. Sometimes through peaceful protests or through activism in the internet and social media, young minds make use of unadulterated expanding efforts to raise their opinion. However, to bring forth the change it is important to understand the present situation for the change. Student activism does not happen overnight. It involves regulations of individual and group efforts, understanding the goal, and defining the importance of the same.

The first step towards being a social activist is to prioritize the main ideal of the movement. It can either protect a historical building or promote the rights of the LGBTQ community, as a youth activist is necessary to understand the current scenario of the concern and to fixate a belief towards betterment. Once the issue is identified, it is necessary to be aware of it and set forth a community of people fighting for the same. Student activism in groups in itself is a striking example of the early steps towards
development. With a strong grip, it becomes easier to set up for idealizing the objectives. Activism is all about numbers. If people integrate together, the methodology to provide justice becomes more efficient. For student activism, it initially starts with the integration of peers, faculty members, and other people of the community. Student activists work towards the awareness of a certain cause and set the ladder for the success of the movement.

Student activism makes use of various ways apart from just marching down streets to bring forth awareness.

Today’s youth likes going the online way for the signing of petitions through online portals like change.org. This is how they gain the attention of people across the globe. Petitions are often the first step of many forms of activism.

Activism through the use of the internet:

Hashtags have been a revolutionary way to trigger movements across the globe. With the advent of social media usage, whether through Facebook or Twitter, the youth has realized the use of hashtags and has made use of all it’s advantages. Mass sharing, retweeting, and usage of hashtags help the youth reach a wider number of people.

Boycotting more often works within campuses in case of violation of rights or discrimination among students. This is a common way to raise concerns among students to boycott the use of certain areas within the campus to irrigate attention.

Make use of demonstrations and protests:

Demonstrations and protests work when students unite in a group collectively. They make use of verbal slogans and catchy lines to gain attention and raise awareness. It is usually done to bring forth the efforts of more people and create an impact on the required body.

Mahatma Gandhi has incorporated the Civil disobedience movement in the history of revolution in India before it’s independence. It refers to peaceful and nonviolent activities like purposely not abiding by the laws and norms to bring forth changes in issues like religious conflicts or civil rights.

It is true that student activism has been the vanguard of various aspects of changes. Whether by protest marches for the ‘Black lives matter’ movement or rally by Chinese students to support the pro-democracy movement or forming gay-straight alliances, the youth has been successful in changing certain social patterns of the society. Truth be told, the voice of the students
beholds the power to break the age-old norms of livelihood. There is always something different, impactful, and revolutionary in the way the students challenge the people in power and strive towards justice. 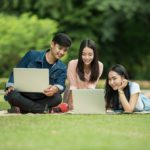