The story of Nike : Aspiring Future 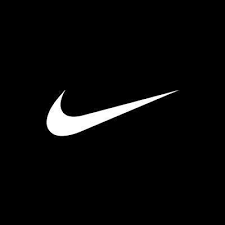 11 seconds. The set clock is tuned, stopwatches intact, gearing up for yet another excruciating race. Marking their posture they stare at the finish line exactly 100 metres apart. Drops of sweat forming, adrenaline pumping inside the blood vessels, they have worked tremendously hard for this moment. It defines who they are and will be ultimatum for whoever finishes first.

Nike for an athlete

Ticking up, the crowd is all silent, witnessing yet another piece of mastery and dedication the homo sapiens have endured to reach to this level. On track are the fastest men in the world. To compete in a few moments elapsing to be declared as the best in the world. The time appears to slow for the athletes. Memories of their early morning run, those bad injury days, the loved ones who believed in them keeps arising. This is all, for this moment they dedicated their whole lives. 10 seconds. 100 metres. Compulsion, tension can be clearly seen through the faces. A shot is fired. And they sparkle to action. What they know the best.

People tend to miss this fact that one of the most difficult and yet the patient work is of an athlete. The aggregate of self discipline, determination, is far more than any life sphere. And some did felt the need to supervision and protect this spirit of athleticism. One of the companies who guarded and boosted this spirit, as we all know is Nike.

Nike aspires. Nike drives. Just do it. Not tomorrow, but at present to unleash your potential. That has always been the uniqueness about Nike and their co founders, Phil Knight and Bill Bowerman. Both of them being athletes and Bowerman being of the best coaches America has ever witnessed felt that athletes are not been taken seriously.

In 1962 Phil had just completed his graduation as an MBA from Stanford. Being an athlete himself Knight wasn’t sure what he was going to pursue as a career. There were options to work as an investment advisor for Dean Witter or a head salesmen but that didn’t aspire Knight. What he was interested was only one thing. Shoes. He felt that the most important element of an athlete were his shoes. And after having a conversation with is coach from the University of Oregon he felt he was right.

In 1960’s sports was always for entertainment and was not seen as a vivid career. Nobody initiated any leads about the benefits of running or health. But Phil seemed to understand that there is something about running which only runners know. That runners high. That adrenaline. And thus the idea initiated to make shoes specifically for athletes. Although Adidas was already having a great market capture, but the quality, comfort and overall durability of the shoes was still under question.

Knight felt this section of market, the athletic customers has immense potential for growth, thus he started planning and making conducts on how to introduce technology in shoes and they only place bumbling with new technology was Japan. Knight made his first ever trip to Japan to meet the company heads of Onitsuka who were manufacturing at that time ‘tigers’. The tigers were lighter and looked much better than the available shoes back in America. With only placing an order of 50$ for small number of shoes, he went back to America.

The shoes were sold out in 3 days. Seeing this remarkable response, Knight got into a deal with his coach Bowerman to initiate their first Company Blue Ribbon. They started in Oregon, marking their territory towards the east cost.

In their 1st year of business they did a sale of 24 thousand dollars, which doubled in penultimate years. And rest is history. Phil reshuffled a few aspects of the company and named it Nike. Nike is the greek name of the Goddess of Victory. This as always inspired Phil Knight since childhood. Thus remaking the company and as we all know today Nike is a public company trading on the NASDAQ and has its position in the DOW 30; America’s top 30 companies.

How did Phil Knight, an athletic person from Oregon, established such a brand that everyone strives to own and wear? And what other entrepreneurs can learn from his past? Phil didn’t sell shoes. He sold passion. He sold vision and keeping incomplete picture the comfort of an athlete while performing in his game.

The last thing an athlete wants is to get his mind diverted from the sport to his wear and accessories. And shoes are the most vital equipment as I mentioned earlier. A good pair of shoes and save a sportsperson from way more injuries and other medical conditions. Also Phil always took care of the quality he is selling to his customers. The relation between Nike and its customers have always been well established and presented.

He and his co-founder always asked the clients about any dissatisfactions to any additions they felt might improve their game performance. Nike didn’t emerge as a brand in just a year. It took it almost 58 years of hard skill and grit to establish what we know Nike as of today. Patience pays. So did Nike. Thus we come to understand that we must believe in our product and try to establish a long term relation with our customers. Especially this is important in marketing and sales. Give satisfaction to the customer and you will surely rewarded.