Yes, you heard it right SEX EDUCATION. We live in a society where nobody talks about it, that what is sex, or why it is necessary to be taught. We always try to run away from truths just because of being “Judged”. So here is the definition of what really SEX EDUCATION is, This is the instruction of issues relating to human sexuality, including emotional relations and responsibilities, human sexual anatomy, sexual activity, sexual reproduction, age of consent, reproductive health, reproductive rights, safe sex, birth control, and sexual abstinence. Sex education that covers all of these aspects is known as comprehensive sex education like AIDS/HIV and many more.

Why it is important to learn about sex education?

As children aren’t aware of the facts and harm of something which appears attractive and fun. It is important for everyone who is indulging themselves into an activity where their bodies are involved because to live a happy and long life you must put your body as a priority. So, before you dive into something have detailed knowledge about it whether you are 10 years old or 50 years old.

What do we learn from sex education?

SEX EDUCATION is the instruction of issues relating to human sexuality, including emotional relations and responsibilities, human sexual anatomy, sexual activity, sexual reproduction, age of consent, reproductive health, reproductive rights, safe sex, birth control, and sexual abstinence. This covers all of these aspects is known as comprehensive sex education. Common avenues for sex education are parents or caregivers, formal school programs, and public health campaigns Traditionally, adolescents in many cultures were not given any information on sexual matters, with the discussion of these issues being considered taboo. Such instruction, as was given, was traditionally left to a child’s parents, and often this was put off until just before a child’s marriage. The progressive education movement of the late 19th century, however, led to the introduction of “social hygiene” in North American school curricula and the advent of school-based sex education. Despite early inroads of school-based sex education, most of the information on sexual matters in the mid-20th century was obtained informally from friends and the media, and much of this information was deficient or of dubious value, especially during the period following puberty, when curiosity about sexual matters was the most acute. This deficiency was heightened by the increasing incidence of teenage pregnancies, particularly in Western countries after the 1960s. As part of each country’s efforts to reduce such pregnancies, programs of sex education were introduced, initially over strong opposition from parent and religious groups.

Disease due to lack of sex education

The outbreak of AIDS/HIV has given a new sense of urgency to sex education. In many African countries, where AIDS is at epidemic levels (see HIV/AIDS in Africa), sex education is seen by most scientists as a vital public health strategy. Some international organizations such as Planned Parenthood consider that broad sex education programs have global benefits, such as controlling the risk of overpopulation and the advancement of women’s rights (see also reproductive rights). The use of mass media campaigns has sometimes resulted in high levels of “awareness” coupled with essentially superficial knowledge of HIV transmission.

According to SIECUS, the Sexuality Information and Education Council of the United States, 93% of adults surveyed support sexuality education in high school, and 84% support it in junior high school.[5] In fact, 88% of the parents of junior high school students and 80% of parents of secondary school students believe that sex education in school makes it easier for them to talk to their adolescents about sex. Also, 92% of adolescents report that they want both to talk to their parents about sex and to have comprehensive in-school sex education. Furthermore, a “study, conducted by Mathematica Policy Research on behalf of the U.S. Department of Health and Human Services, found that abstinence-only-until-marriage programs are ineffective.”

Also read: Scopes of Bachelor of Commerce after class 12th. 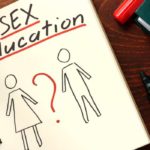 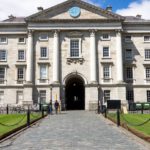