All about University of California, USA In today’s world, the quality of life a person leads is mostly dependent on the kind of education he/she has acquired in their lives. So, every responsible parent rushes to provide the best quality of education to their children by putting them in the best institutions that are affordable and could provide the finest education to their children. Hence, children sometimes even travel abroad to acquire the best education. Therefore, to know the best colleges, their fees, the vacancies, the ratings, all become very important to analyze and choose accordingly. One of the most prestigious and reputed universities which provide the best facilities to its students in the world is the University of California.

University of California (UC) is located in the U.S. state of California. It is a public research university. The university has 10 campuses located across the state in Berkeley, Los Angeles, Davis, Santa Barbara, Santa Cruz, San Diego, Riverside, San Francisco, Irvine, and Merced, with nearly 22,700 faculties, 2,74,000 students, 1,55,000 staff members, and about 2 million living alumni.

Founded on 23rd March 1868, the University was operated in Oakland before finally moving to Berkeley. Nine of the campuses provide both Undergraduate and Graduate educational schemes. Still, one in San Francisco provides just Graduate and professional students in the fields of medical and health sciences and is even ranked first in biomedicine, not only in the country but across the world.

This institution’s motto is Flat Lux, which is Latin for ‘Let there be Light.’ The president is Michael V. Drake.

The University currently has :

The campus of Berkeley in the University of California has stayed among the top most positions with the most awards and highest rankings among all the other universities. It ranked 38 in the list of ‘Top Colleges 2019’ by Forbes list last year and 30 in QS World University Rankings. Apart from this, it has ranked 4th in ARWU National Rankings, 5th in ARWU World Rankings, 7th in the World University Rankings, 22nd in U.S. News and World Report National Rankings and 4th by U.S. News and World Report World Rankings. Other campuses of the university have also been ranked well in these lists.

The budget of this university as of the year 2020, was $39.8 Billion. The colleges, alumni, faculty of the university make it one of the most comprehensive and advanced educational systems in the world and is responsible for nearly an economic impact of $50 billion every year. About 68 faculty members of the University of California have won 69 Nobel Prizes as of the year 2020.

Every campus of the University of California handles the admission process of their own campuses separately but the students have to fill up and give just one application for all of them or whichever campus they wish to seek admission in.

Being an international student, the application would be required to be submitted for freshman or transfer students, a detailing of which is available on the website of the University of California.
So, those freshman applicants are eligible who have:

All applications should be filled carefully and an application fee of $80 needs to be paid after completion of the form filling process. Once done, a mail would be sent regarding the admission process and confirmation details.

The fee for undergraduate programs could range from ₹31 Lakh to ₹32 Lakh. The subsequent fees for Graduate programs are based more on the kind of degree one is looking for. Details regarding the fee structure can be viewed on the official website of the University of California.

Getting admission to the University of California is sure to brighten up your future. The admissions here don’t depend on the scores only but also the personality you possess. It is hence one of the key areas on which the university. The university works on its students’ overall development and to make them a better person overall.

All about Tulane University, USA 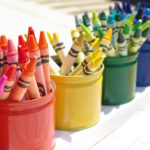